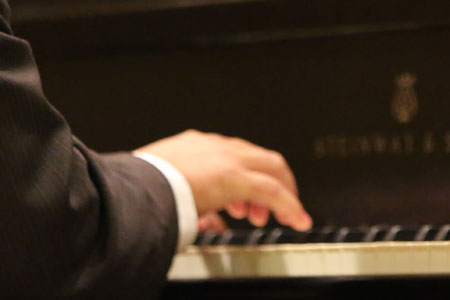 The Texas Wesleyan Music Department will once again host a recital by three highly acclaimed amateur pianists living in the greater Dallas-Fort Worth region.

They will appear at 7:30 p.m. on Saturday, April 25 in Martin Hall on the Texas Wesleyan campus.

The Cliburn International Amateur Piano Competition, located in Fort Worth, defines "amateur" as "non-professional pianists age 35 and older who do not derive their principal source of income from piano performance or instruction." Each of the featured pianists — Larry Long, Wei Ling Wang, and J. Michael Brounoff — meets that definition and yet has extensive concertizing experience as amateurs.

Long’s love of the piano began in childhood when he studied with Anna Worden in Shreveport, LA. Away from piano lessons for 40 years, he took it up again before retirement in 2002.

After moving to Fort Worth in 2008 he studied with Tamas Ungár, D.M., at TCU ,and most recently with Ilka Araújo, Ph.D., at Texas Wesleyan.

Wang recently participated in several amateur piano competitions and has a prize winner in Chicago, Washington D.C. and Boston. She is also an active supporter of music schools and non-profit music organizations in the city of Dallas and Fort Worth.

She works in the telecommunication industry and engages multiple engineering teams in building computer networks to transport data, voice and video for global companies. 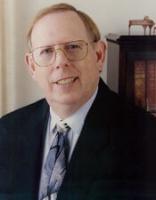 He has attended Piano Texas Academy and Festival at TCU every year since 2000 except one, and won in competition the privilege of concerto performance with the Fort Worth Symphony Orchestra four times.

This concert and its participants celebrate the idea that, no matter what one’s profession, lifelong music-making at a very high level can be a vital part of daily life. It certainly is in the lives of these players.

The concert is free and open to the public, and all are welcome to attend.