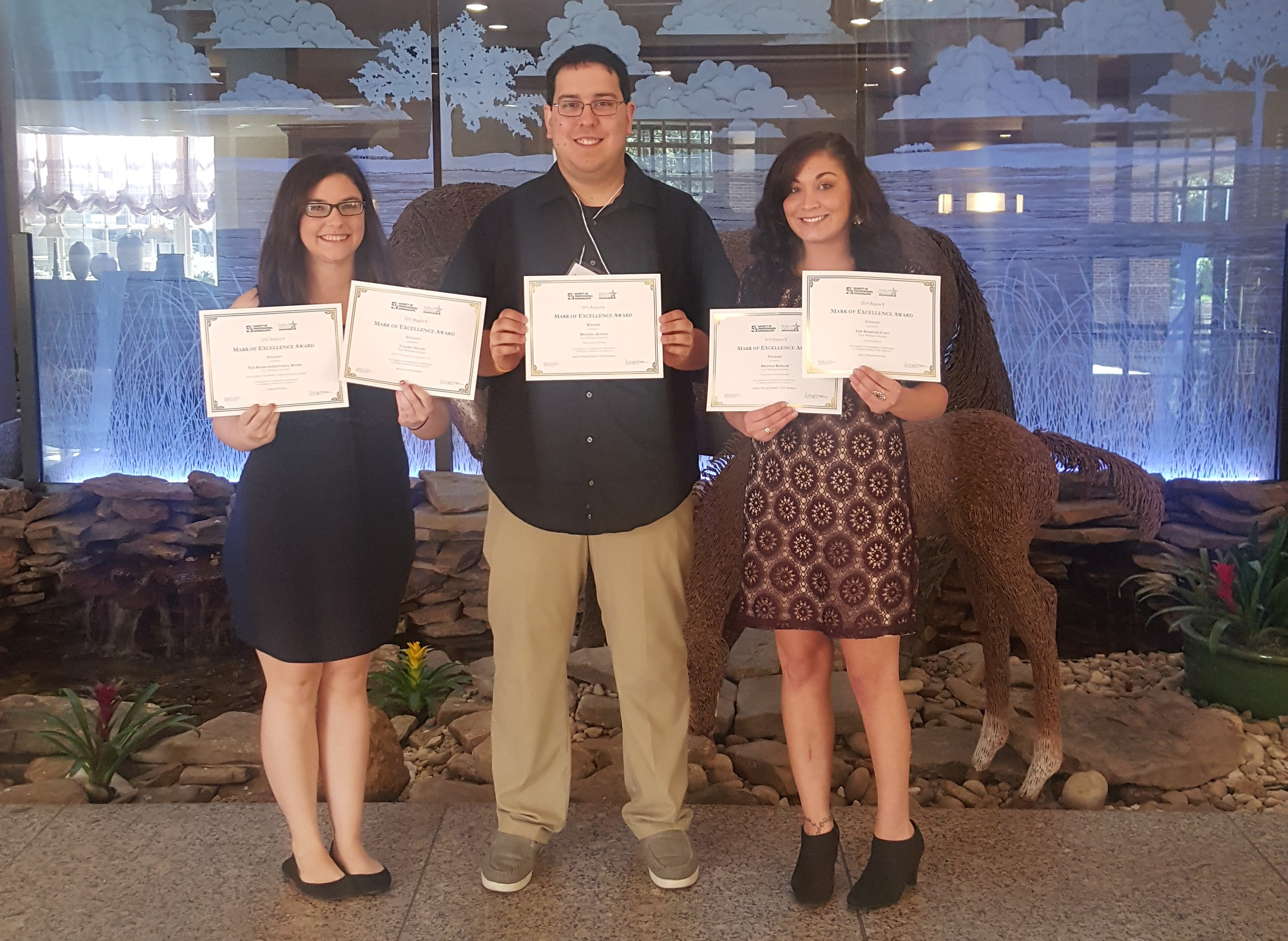 Acosta was one of five award winners from Rambler Media Group in the Mark of Excellence Awards from the Society of Professional Journalists Region 8 competition. Award winners were announced Saturday, March 19, at the SPJ Region 8 conference. Acosta, a senior mass communication major, won the Sports Writing for small universities contest with his story about the return of tennis to Texas Wesleyan in the Sept. 2, 2015 issue of Rambler.

“I’m very proud of our students,” Colley said. “These awards just demonstrate how their hard work and dedication have paid off.”

Rambler Media Group faculty adviser Dr. David Ferman said he was proud of this year’s successes in the Region 8 contest.

“These awards, both by individual students and The Rambler as a whole, show our continuing improvement and commitment to quality coverage of the Texas Wesleyan community,” Ferman said.

The Mark of Excellence competition was part of the 2016 Society of Professional Journalist Region 8 Conference on March 18 – March 19 at the Historic Hilton Hotel in downtown Fort Worth. SPJ Region 8 includes Texas and Oklahoma. Winners from the 12 SPJ regions will compete in the national Mark of Excellence Awards. National winners will be notified in the late spring and will be recognized at Excellence in Journalism 2016 (EIJ16) in New Orleans, Sept. 18-20.