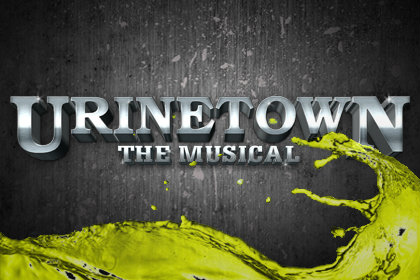 Meet the cast of Theatre Wesleyan's final production of the 2016-17 season, URINETOWN - The Musical. The show opens April 20, for one weekend only, at the Thad Smotherman Theatre.

To buy tickets, call 817-531-4211 or visit the online box office. Through the Student Theatrical Experience Fund (STEF), all Texas Wesleyan students can go to the show for free by using the code 'SGA' or 'STEF.' Take advantage of your opportunity for a little free entertainment and support your fellow Rams.

Abbie Hancock (Ensemble) is a sophomore theatre major.  She was previously seen onstage in Theatre Wesleyan’s production of When The Rain Stops Falling (Gabrielle York - Younger).

Raied Makhamreh (Officer Lockstock) is a transfer theatre major.  He was previously seen onstage in Theatre Wesleyan’s production of When The Rain Stops Falling (Gabriel Law).

Kaitlin McGehee (Hope Cladwell) is a transfer theatre major; this is her mainstage Theatre Wesleyan debut.

Holli Price(Soupy Sue) is a transfer junior theatre major. She was previously seen onstage in our production of VSMS (Cassandra/Assistant Sound Design).  She also served as assistant stage manager for Stop Kiss and properties design for When The Rain Stops Falling. Her previous technical credits include Reasons to be Pretty (Stage Manager), Lone Star & Laundry and Bourbon (Assistant Director), Anatomy of Gray (Stage Manager), and Shorts! An Evening of 10-Minute Plays (Stage Manager).  She is a member of USITT and a recipient of the Transfer Achievement Scholarship.

Crystal Salazar (Ensemble) is a junior theatre major.  Her previous onstage Theatre Wesleyan credits include VSMS (Nina), The Survivor (Hela) and Metamorphoses.  Technical credits include assistant stage management for Rent and Clue: The Musical.  Crystal serves as Secretary for both Alpha Psi Omega and Lambda Tau Zeta and is an Orientation Leader for Student Engagement and a Resident Assistant for Elizabeth Hall.  She is a recipient of the Dean’s Scholarship and the Dean’s List Award.

Alfredo Tamayo (Hot Blades Harry) is a freshman theatre major.  His previous Theatre Wesleyan onstage credits include Stop Kiss (George) and When The Rain Stops Falling (Joe). He recently served as light board operator for VSMS. Alfredo is a recipient of a Theatre Wesleyan scholarship.

John Traxler (Dr. Billeaux) is a freshman theatre major; this is his mainstage Theatre Wesleyan debut.  He served as master electrician for VSMS, assistant technical director for Stop Kiss and assistant scenic designer for When The Rain Stops Falling.  His previous technical credits include assistant stage management at Patty Granville Performing Arts Center.  John is a recipient of a Theatre Wesleyan scholarship.