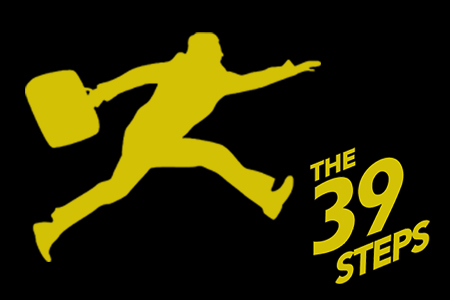 Theatre Wesleyan is pleased to announce the full cast and design team for their upcoming production of The 39 Steps by Patrick Barlow.  The play is adapted from the 1915 novel by John Buchan and the 1935 film by Alfred Hitchcock.

"Mix a Hitchcock masterpiece with a juicy spy novel, add a dash of Monty Python and you have The 39 Steps, a fast-paced whodunit for anyone who loves the magic of theatre! The show is packed with nonstop laughs and over 150 zany characters (played by a cast of 4)."

The 39 Steps will be directed by associate professor of theatre and department chair Bryan Stevenson, and will open on February 11. The show will have performances on select dates through February 21.

Tickets will go on sale February 1 by calling 817-531-4211 or by visiting the Theatre Wesleyan website.