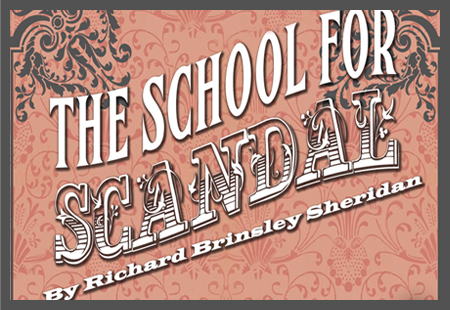 Theatre Wesleyan is pleased to announce the full cast and design team for their upcoming production of Richard Brinsley Sheridan's The School for Scandal.

Scandal will be directed by associate professor of theatre Jeanne Everton, and open on Nov. 12. The show will have performances on select dates through Nov. 22.