Theatre alumna to give keynote presentation at 2019 University College Day 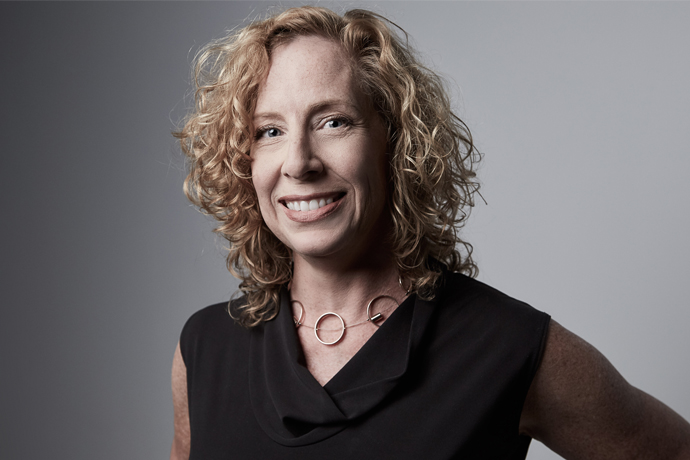 "I am so excited about having Tamlyn Wright back on campus as the keynote speaker for UCD," said Joe Brown, dean of freshmen and a mentor of Wright's. "She has previously been a graduation speaker as well. Tamlyn was at TXWES with a very strong group of theatre majors that supported each other, but also motivated and drove each other to do their best."

University College Day is a day set aside for intellectuals by the university to celebrate the intellectual, academic and community life of Texas Wesleyan University. The day promotes student, faculty and staff ideas, research, projects and discoveries across campus. This year’s theme is “Looking beyond the stars.”

"I think having her for UCD day with its theme of 'Looking Beyond...' is so appropriate," Brown said. "Tamlyn came to TXWES from Martin High School and had not been involved in theatre. It was at TXWES that she discovered her confidence and motivation, and this was in part to our program, and also because of the support of her peers. She grew as an artist and in her self confidence. When she graduated, she was accepted to Cal Arts where she graduated with an MFA in theatre design and technology. Now she has her own company and four Emmys for her work in design and art direction. She continues to be such a practical and down-to-earth artist, wife, and mother. It is always such a wonderful experience for our current TXWES students to have the opportunity to visit with her and for her to show her designs and sketches and talk about working in the industry."

Faculty are encouraged to include UCD in their syllabi and to promote and sponsor as much student participation as possible. Undergraduate classes will not be held as usual on this day. Instead, faculty should redirect students during class times to attend sessions of their particular choices for attendance credit.

This event offers us the opportunity to encourage learning beyond the classroom by linking students’ attendance at sessions to course content or skills as students see the results of their peers’ and professors’ research, collaborative projects, and creative endeavors.

Tamlyn Wright works internationally as a production designer and creative producer for television, concert tours, corporate events, gaming environments, theme parks and theatrical events. Live broadcast music and variety show entertainment has been her main focus for the past 25 years, designing and art directing specials such as the MTV Video Music Awards, The Academy Awards and The Emmy Awards. Outside of variety shows, she has created gameplay league environments for Overwatch and Halo that stream live on Twitch. Additionally, she collaborated on the designs for Elvis and beLIEve for Cirque du Soleil in Las Vegas.

Five years ago Tamlyn partnered in Silent House Productions, a boutique design firm where she has branched into the concert tour and festival world designing shows for Taylor Swift, Selena Gomez, Usher, One Direction, Ricky Martin, k.d.lang, Miley Cyrus and Lorde. Recent music event design and creative producing include this year’s AMA and Grammy Awards performances of Cardi B and H.E.R.

Creating environmental spaces designed for a brand to merge with the general audience is the cornerstone of her work. Her corporate clients include environments for product launches and reveals, press events, keynote speeches, car shows and parties for clients such as Tesla, Snap Inc, Audi, BMW, Blizzard Entertainment, PlayStation, Electronic Arts, Sony Global Marketing, Beachbody, Nike, NBA, DreamWorks, Hyundai and Suzuki. In the themed entertainment industry she’s designed both permanent installations and seasonal environments for the Walt Disney Company’s Hong Kong Disney Theme Park, Universal Studios Hollywood and the Sea World parks. She has even used her theatrical design aesthetics to create tableaux vivants for a royal wedding in Dubai.

Mrs. Wright is a seven-time Primetime Emmy nominee and has received four statues for her art direction of the 75th & 79th Annual Academy Awards, the 47th Annual Grammy Awards and the 2010 MTV Video Music Awards. Additionally she has been honored with seven nominations and three Art Directors Guild Awards for her work on live tele-events. Most recently she was nominated for a Parnelli Award for her production design of the Selena Gomez Revival World Tour, and won the 2019 Parnelli Award for Best Scenic Design for Taylor Swift's REPUTATION Stadium World Tour. Designing live events and environments that blur the lines of architecture and digital media is a passion in her current work.

Texas Wesleyan University is where Tamlyn’s career started, studying all the facets of theatre and design while working in the DFW area as a scenic artist and fabric painter-dyer. After earning her BA in theatre, she returned to her native Los Angeles where she received her MFA in Scenic and Costume Design from California Institute of the Arts. She is a member Art Directors Guild IATSE 800 and Academy of Television Arts and Sciences

Tamlyn has been recently been supporting organizations close to her heart, designing benefit concerts and events such as Women in the World for Tina Brown, TED events, River LA, Shining a Light: A Concert for Progress on Race in America, Marie Claire Young Women’s Honors, Get Loud for Hillary Clinton for the DNC, We Can Survive Cancer Benefit @ Hollywood Bowl, and 'One Voice: Somos Live!' which raised over $35 Million for aid to Puerto Rico. Currently she is creative producer and designer across a rock and comedy benefit for women, Ignite Equality, for Caesar’s Entertainment that reopens the Colosseum in Las Vegas later this year. The most rewarding design this past year was for Noah and the Ark, a co-design she built and painted with her son Arlo for his 3rd grade class.