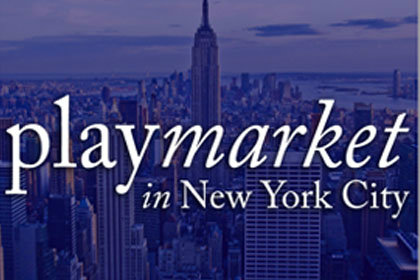 Theatre Wesleyan is excited to announce the winning play for Playmarket in New York 2019. Colors Inside The Body by theatre alumna Elizabeth Nelson will be presented at Rattlestick Playwrights Theater on Tuesday, May 21, 2019. Professor of Theatre and Playmarket coordinator Connie Whitt-Lambert will direct.

The mission of the historic off-Broadway venue, according to their website, "is to present diverse, challenging and provocative plays that might not otherwise be produced and to foster the future voices of the American theater. We produce theater to inspire empathy and provoke conversations in response to the complexities of our culture. It is essential that Rattlestick’s artists, audience, and core team reflect the diversity of New York City, and that a wide array of perspectives are represented on the Rattlestick stage."

The cast for Colors Inside The Body will be announced shortly.

It all started with a dog, igniting a series of events that rip Lily’s 16-year-old universe - and her entire family - asunder. Her brother is missing, her parents have split and Lily has revolted, declaring war on her mother. When the new English teacher arrives, both daughter and mother are challenged to face their past and present. Colors Inside the Body is an exploration of violence filtered through the lives of three women whose paths cross inextricably one semester at Regan High, where lockdown drills are the norm. So is growing up with a gun.

Elizabeth Nelson is an artist and writer working as a communications professional at Berkshire Humane Society. Most recently, Denver’s The Athena Project workshopped her play, The Golden Hour, as part of its annual “Plays in Progress Series.” Her play, Fugue, A Ten-Minute Play (Black Box Press), has been produced worldwide, and The Going Price (Stage Rights) was selected in 2011 as part of Red Bull Theater’s inaugural Short New Play Festival. Directing credits include The Chess Lesson, world premiere of Spark by Angela Santillo, Rumors, Tallgrass Gothic, Arsenic and Old Lace, Pillow Talk and Emily among others. A graduate of Texas Wesleyan University and Sarah Lawrence College, Elizabeth was the original art director for SDC Journal, a craft magazine published by Stage Directors and Choreographers Society in NYC. She lives in Western Massachusetts with her husband, three cats and a puggle named Harper Lee.

Texas Wesleyan University
At Texas Wesleyan, we have a rich history and a Texas-sized reputation. As stewards of the University, it is our responsibility to build a future as bright as our past.
Upcoming Events
Sep
27
Hybrid Town Hall
Sep
27
Vivo Chamber in Recital