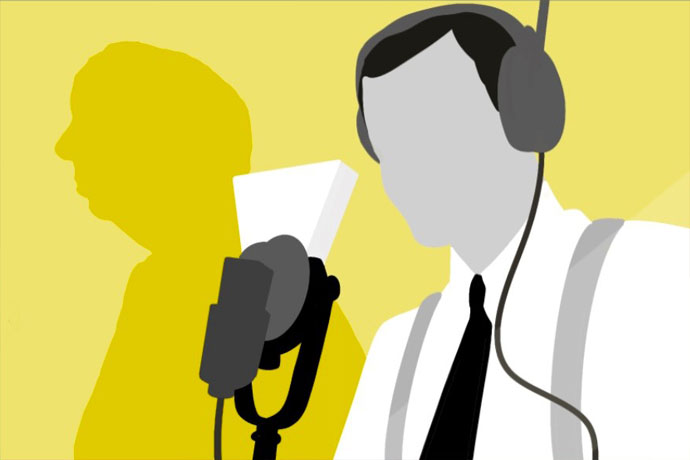 Theatre Wesleyan, the Department of Theatre at Texas Wesleyan University, has announced the first round of production programming for the 2020–2021 academic year, consisting of six productions currently scheduled for the fall semester. Decisions and announcements regarding the spring semester will be made at a later date.

Theatre Wesleyan’s production of A Funny Thing Happened on the Way to the Forum, originally scheduled for April 2020, has been postponed indefinitely.

The fall semester of programming will be themed Six Plays At Six Feet – Social Connection. Physical Distancing. and will include a production exclusively available as a streaming theatre production, an outdoor theatrical production, a drive-in radio play experience, plus three productions that are being planned as traditional performances with a small and limited audience. The current plan is that the productions with an audience will implement newly-developed safety procedures to limit any unnecessary social interaction or physical contact, including socially-distanced seating in the Thad Smotherman Theatre.

In September, The Universal Language will be a senior BFA project directed by associate professor of theatre, Jeanne Everton. The play, from David Ives’ All In The Timing, brings together a young woman with a stutter and the creator/teacher of a wild comic language. Their lesson sends them off into a dazzling display of hysterical verbal pyrotechnics. The Universal Language will be made available as a digital theatre production via the streaming platform ShowTix4U.com by special arrangement with the publisher.

The original play At A Distance, written and directed by Professor of Theatre Connie Whitt-Lambert, will debut in early October. Using inspiration from the most prolific authors, poets, philosophers and playwrights, two strangers discover a shared appreciation for solitude and a love of classical literature.

In mid-October, Vintage Hitchcock: A Live Radio Play will be directed by visiting professor of theatre Karen Potter and brings the filmmaker’s classics, The Lodger and Sabotage, to life complete with vintage commercials, iconic scenes, live sound effects recreating chase sequences and more.

Eurydice, Sarah Ruhl’s inventive adaptation of the classic tale of Orpheus and Eurydice, tells a familiar story of six-feet social distancing as a young woman dies and is sent to the underworld where she reunites with her father and struggles to remember her lost love. The play, which will run in late October, will be directed by Theatre Business Manager Jacob Rivera-Sanchez.

From award-winning playwright and Pulitzer Prize finalist Rajiv Joseph, Gruesome Playground Injuries tells the story of lives intersecting at the most bizarre intervals, leading childhood friends to compare scars and the physical calamities that keep drawing them together. Department Chair and Associate Professor of Theatre Bryan Stevenson will direct this production in early November.

Joe Allen Brown, professor of theatre, will direct a collection of monologues by Gus Edwards on Black life written in a voice that reflects the modern African-American experience. Portraits In Black introduces us to a host of characters of all ages making their way as best they can in the last part of the 20th century.

Casting, design teams and streaming or performance details for all productions will be made available on the Theatre Wesleyan website at txwes.edu/theatre. All plans and information are subject to change and announcements will be made in the event adjustments are, or need to be, made for the safety of our faculty, staff, students, and audience.