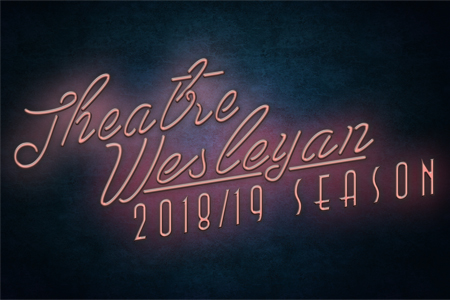 Theatre Wesleyan is thrilled to announce their 2018-19 mainstage season.

The new season includes a classic farce, a suspenseful and thrilling drama, a comedy about life, love, and family, a fuzzy and rowdy award-winning puppet musical, and original works that will be produced by Texas Wesleyan University's Department of Theatre.

When the religious hypocrite Tartuffe ingratiates himself into the good graces of Orgon and his mother Mme. Pernelle, he is taken into their home and promised Orgon's daughter's hand in marriage (even as he secretly attempts to seduce Orgon's wife, Elmire). Everyone else in the family sees through Tartuffe's pose, and his machinations and hypocrisies are eventually exposed, but is it too late to save the family from eviction and to keep Orgon from being thrown in prison?

The Hostage by Brendan Behan (November 2018)
Directed by Karen Potter

An innocent British soldier is taken into a bawdy Irish bar by the IRA as a hostage, to be shot if the British go through with the execution of an IRA youth. He has a romance with the barmaid. She and several habitues try unsuccessfully to arrange his escape. He is shot in the attempt but not for long. Right in the middle of his own requiem, he rises to sing a final rousing song.

Playmarket, Theatre Wesleyan's long-running tradition of developing and nurturing budding playwrights, returns with a new reading and workshop of an original work!

Magical realism collides with manic vaudeville in a family drama unlike any you’ve ever seen. Fetuses swap philosophy while awaiting their birth, a daughter eats dirt and doesn’t speak, a father is about to drive away and never return, and there’s an apple tree growing through the walls of the house. Whipping from astonishing tenderness to profound humor and back again, Smokefall explores the lives of a family in a lyrical treatise on the fragility of life and the power of love.

“…A deeply moving family drama [and] a very fine new American play… plays like this are rare and precious to an actor. [Noah Haidle] demonstrably has skin in the game instead of just stitching together a really clever ball, because there is compassion for ordinary people in the audience.” — Chicago Tribune

Filled with gut-busting humor and a delightfully catchy score, not to mention puppets, Avenue Q is a truly unique show that has quickly become a favorite for audiences everywhere. Although the show addresses humorous adult issues, it is similar to a beloved children's show; a place where puppets are friends, Monsters are good and life lessons are learned.

"Sweetly satiric and surprisingly fresh... a feeling you're not on 'Sesame.'" — The New York Times

Theatre Wesleyan alumni and current students will have the opportunity to submit an original full-length or one-act play to be presented at Playmarket. Then, a screening panel will select scripts from the pool of entries to be sent to the final judges in New York. One play will be selected for a concert reading to be presented at Texas Wesleyan University and in New York City!

Submission guidelines for Playmarket 2019 will be forthcoming.

Season tickets will be available soon by visiting the Theatre Wesleyan website, the online box office or by calling 817-531-4211. Each season ticket will admit one to all four mainstage productions in Theatre Wesleyan’s 2018-19 season.

Current and incoming students may have the opportunity to read these scripts in preparation for auditions and to apply for design positions. The collection of all four mainstage scripts will be available at the West Library for 2-hour in-house reserve. Also, students may come by the Theatre Wesleyan business office during regular and/or summer hours to read the collection. All four scripts are also available for purchase through the publisher or on Amazon.