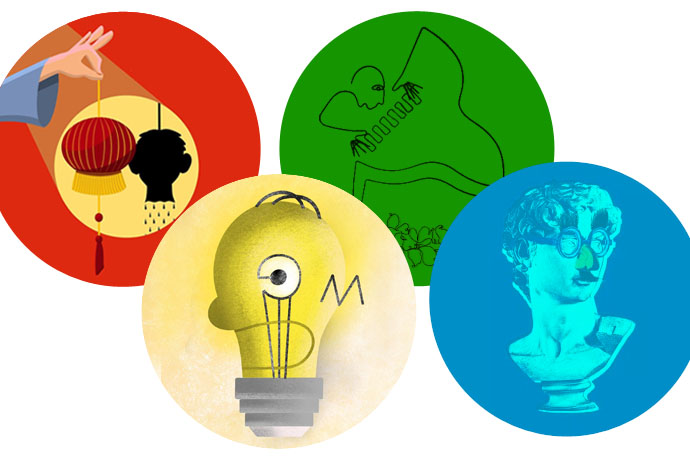 Theatre Wesleyan has announced the dates and shows for the 2020 season. This season includes two shows this fall that will play in repertory on alternating days: a critically-acclaimed play inspired by the long-running animated sitcom, "The Simpsons," and a commedia about not losing your head to a princess. Then, the spring will include a play about a town impacted by a well-kept secret and a hilarious classic as the 66th annual musical.

Patrons can save money and experience this season with our popular ticket packages. With a Season Ticket,
experience all four shows at one low price, or get a Flex pack of 10 tickets to use as you wish throughout the entire season. Both ticket packages are now available.

For the first two shows, which will alternate on select dates in October, patrons can receive a special double feature discount when they buy one ticket for Turandotte and one ticket for Mr. Burns. Just use the code INREP at checkout.

To buy tickets, call 817-531-4211 or visit the online box office. Through the Student Theatrical Experience Fund (STEF), all Texas Wesleyan students can go to the show for free. Take advantage of your opportunity for a little free entertainment and support your fellow Rams.

Theatre Wesleyan will be presenting a new adaptation of this hilarious commedia, adapted and directed by professor Connie Whitt-Lambert.

Turandotte, a beautiful princess with a heart of ice, meets her match when the prince Calaf dares to answer her deadly riddles with the promise of love. A selfless sacrifice by Calaf’s faithful servant ultimately awakens true emotion in Turandotte, proving that in the game of love, you can’t win the top prize without giving away your heart.

After the collapse of civilization, a group of survivors share a campfire and begin to piece together the plot of "The Simpsons" episode "Cape Feare" entirely from memory. 7 years later, this and other snippets of pop culture (sitcom plots, commercials, jingles, and pop songs) have become the live entertainment of a post-apocalyptic society, sincerely trying to hold onto its past. 75 years later, these are the myths and legends from which new forms of performance are created.

A paean to live theater, and the resilience of Bart Simpson through the ages, Mr. Burns is an animated exploration of how the pop culture of one era might evolve into the mythology of another.

A Funny Thing Happened On The Way To The Forum
April 23 - 26, 2020
The 66th Annual Spring Musical
Directed by Jeanne Everton

Broadway's greatest farce is light, fast-paced, witty, irreverent and one of the funniest musicals ever written.

Forum takes comedy back to its roots, combining situations from time-tested, 2000-year-old comedies of Roman playwright, Plautus, with the infectious energy of classic vaudeville. Forum is a nonstop laughfest in which Pseudolus, a crafty slave, struggles to win the hand of a beautiful, but slow-witted, courtesan named Philia for his young master, Hero, in exchange for freedom. The plot twists and turns with cases of mistaken identity, slamming doors and a showgirl or two.

This unforgettable, hysterical musical has "something for everyone, a comedy tonight!"

How do TXWES students get their free ticket?

In Person at the Theatre Wesleyan Box Office