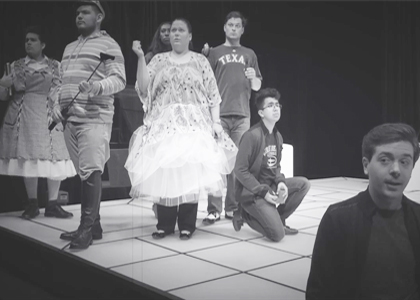 Check out the cast of Clue: The Musical in a new rehearsal promo video!

Clue: The Musical opens on Thursday, April 21 and runs for a limited 5 performances through Sunday, April 24.  The interactive and audience participative musical comedy is based on the popular board game by Parker Brothers.

With 216 possible endings and 1 murderer, it's up to the audience to play the classic game of Clue, live onstage, and solve the mystery!
Tickets are now on sale by calling 817-531-4211 or by visiting the Theatre Wesleyan website.
The cast featured in the video includes: