The School of Natural and Social Sciences supports the Texas Wesleyan Departmental Honors Program. In the Departmental Honors program, students will work individually with professors to develop research projects in their major field of study. Check out the natural and social science majors included in the program and the requirements for each.

How do I apply?

To finish the program, you'll have to submit a reflective essay about your research project and your experience in the program. You'll also need to turn in a writing sample from one of your honors courses. Visit the Departmental Honors website for specific deadlines.

To qualify for Honors in Chemistry & Biochemistry, the student must complete two semesters of Chemistry research (CHE 4251H and 4252H), with a minimum of 10-12 hours completed per week (as opposed to 8 for non-Departmental Honors students).

The student must also complete a Research Thesis (guidelines to be set by the departmental faculty) and present a 60-minute defense of the Research Thesis to a committee of three faculty.

To qualify for Honors in Criminal Justice students must complete a senior honors thesis by enrolling CRJ 4320 and CRJ 4313.

The student will be required to write a 15-20 page paper in addition to the course requirements.

To qualify for Honors in History, the student will need to complete HIS 4391H and HIS 4392H.

The first of two semesters devoted to researching and writing a Senior Honor Thesis. In this course, the student will research her/his selected thesis topic. These three (3) hours of History Honors Seminar are in addition to the 36 hours required for the history major.

A study of the diplomatic relations of the United States from its pre-Revolutionary foundations to its present international posture.

The systematic study of the legal principles determining international order. The overall purpose of the course is to introduce a student to the conceptual analysis of international politics and relations between states.

This course examines the interplay between economics and politics in contemporary international relations.

This course is an examination of the historical development of civil rights law and social and political ideologies as reflected in various racial, sexual, and ethnic environments and settings. This course addresses such issues as school segregation and integration, employment legislation, hate speech, affirmative action, the Indian Child Welfare Act, and the Nineteenth Amendment.

The overall purpose of this course is to stimulate interest in civil and personal freedoms established by the United States Constitution in the Bill of Rights.

A course that focuses on law in action in the form of simulated appellate court proceedings-“moot court” actions. Students discuss major constitutional issues through case briefs, a written appellate brief, and oral argument. Students are afforded the opportunity to participate in intramural and intercollegiate competitions.

An analysis of the political and governmental systems of Great Britain, France, West Germany, and Russia, contrasting the principles of parliamentary democracy with those of dictatorship.

This seminar discusses the power of the executive, both in terms of the office and in terms of the office-holder. It includes active discussions of the presidency, the presidents, and the politicians surrounding the executive branch. It is a thoughtful and provocative analysis of the most powerful position of government in the world, as seen through respected political science research, literature, and scholarly comments.

This course analyzes the making, implementation, and evaluation of public policy issues in the United States. The course also explores global extensions of American public policy, and implications for policy measures in global community relations.

To qualify for Honors in Sociology, the student must complete one stand-alone seminar course and one upper-division course with a contractual Honors component. 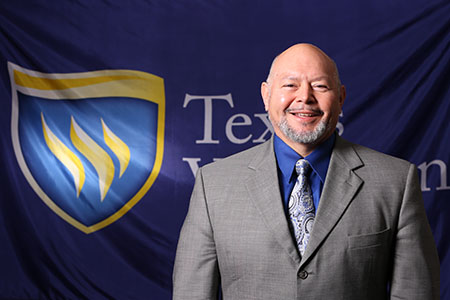 Get to know the Dean of the School of Natural and Social Sciences.
About the Dean