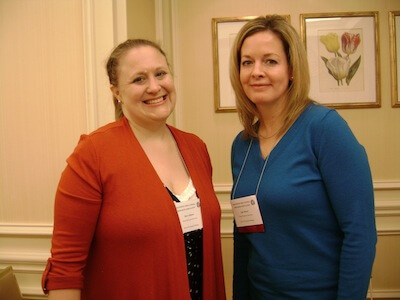 Kary A. Johnson won the 2014 SERA Bruce Thompson Outstanding Paper Award for her paper, "Multicomponent treatment of rapid naming, reading rate, and visual attention in single and double deficit dyslexics." She will present the paper at AERA in a special session of SERA's outstanding paper winners, and will receive a $750 stipend to help cover her travel expenses.

‌Other presenters and honors include:

Jessica Salazar was nominated and accepted the position of SERA Graduate Representative for 2014-2015. Other Wesleyan attendees at the February conference were Conrad Herrera, Solomon Cross and Debbie Roark.

Faculty member Celia Wilson currently serves on the Board of the SERA; Aileen Curtin is a past member of the Board. Both Wesleyan professors have been instrumental in Ed.D. student participation in SERA.