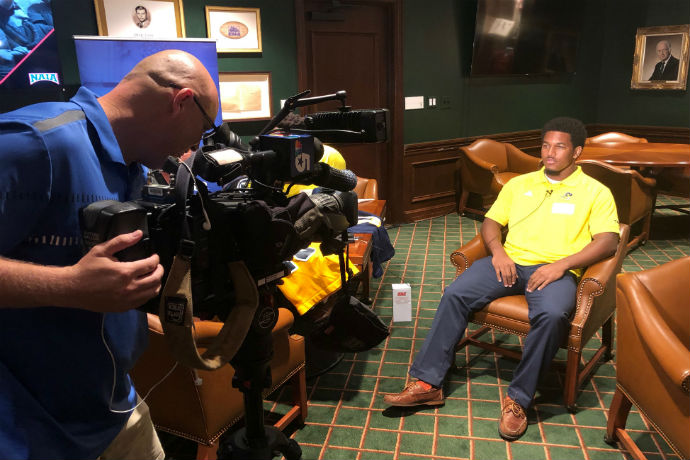 Texas Wesleyan was proud to play host to a first-of-its-kind event, right in our backyard. Coaches, players, and staff from each of the Sooner Athletic Conference’s nine teams addressed the media as part of the SAC’s first ever Football Media Day at The Fort Worth Club.

“We’re not there to just compete. We’re there to win.” said Head Coach Joe Prud’homme.

“Defensively, we want to work as a unit,” said Mike Miller, senior cornerback. “Last year, we didn’t make a lot of plays that we should have…I think as a team we want to focus on stopping teams on 3rd down, getting them off the field, help our offense out.”

Texas Wesleyan opens up the 2018 season on Saturday, Sept. 1, vs. Kansas Wesleyan.