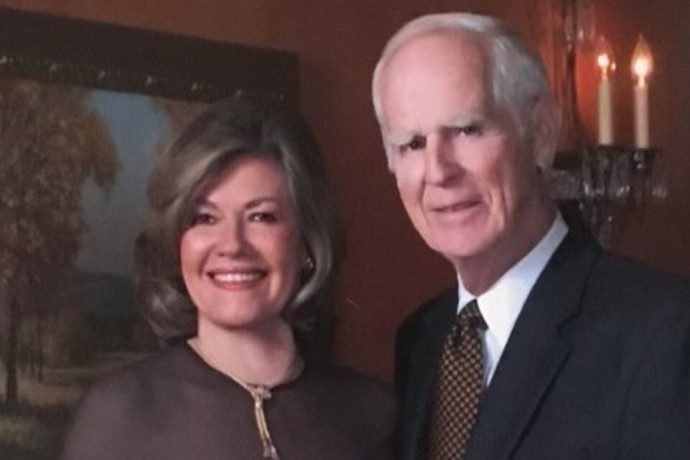 Martin Hall is the university’s main event space, hosting concerts, convocations, guest lectures and other university-wide presentations. Originally built in 1909 as part of Polytechnic Methodist Church, Martin Hall was renamed in 2001-2002 after the Martins provided the lead gift in the Fine Arts Building Restoration project.

“Musicians from all over the world are often fascinated by the acoustic capacity of Martin Hall,” said Ilka Araujo, associate professor of music and chair of the music department. “Lou Martin’s generous gift will allow our music program to continue offering first-rate performances and to better connect with the community, including attracting future Rams.”

Nick and Lou Martin have one of the most generous legacies in the history of Texas Wesleyan. Their leadership and philanthropy have made possible the Baker-Martin House, Martin Field, Nicholas Martin Hall, Lou’s Place and the Nicholas and Lou Martin University Center, among other projects.

“Lou Martin is the epitome of university leadership,” said President Frederick G. Slabach. “She attends every campus event she can, gives of her time and her resources, and has poured a significant part of her life into this institution. Without Lou, this university would not be what it is today.”

Lou’s service on the Board of Trustees follows a family legacy. Her grandfather, James B. Baker, served on the Board from 1895 to 1912, and her father, Edward L. Baker, served from 1945 to 1969. Thanks to Lou, both of their portraits hang in the Martin Center.