Historic Baker-Martin House dates back to 1928 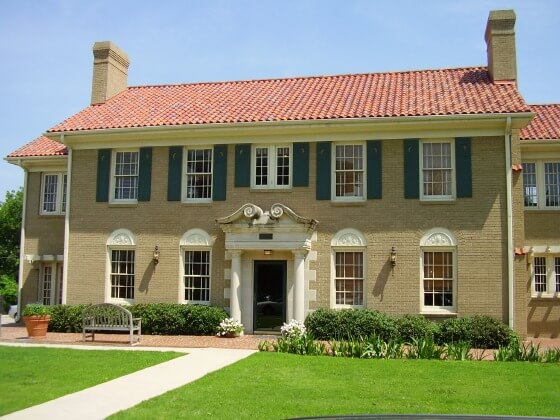 Historic buildings are generally built in one spot and there they stay.

But in the case of the Baker-Martin House, it was built in the Riverside region of Fort Worth in 1928 — then it was moved to Texas Wesleyan University’s historic campus in the 1990s.

The home was designed by Dallas architect Charles Barnett for James B. Baker, president of the Baker Brothers nursery business. Originally located at 3101 E. First St., the house was donated to Texas Wesleyan by trustee Louella Baker Martin, the granddaughter of James B. Baker, and her husband, Nicholas Martin.

To move the home, it had to be sliced in half horizontally and moved in two sections. It was then reconstructed and renovated at its new location on Wesleyan Street. When the Baker-Martin House opened on campus in 1998, it was occupied by the Office of Freshman Admissions. After a few years, it became the Office of the Provost, followed by the the Office of Advancement. It is currently home to the Office of Undergraduate Admissions.