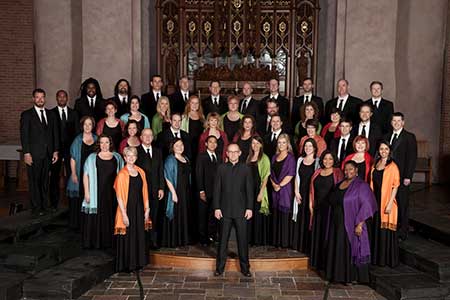 Music professor Julie McCoy is a member of the Austin-based professional chamber choir Conspirare whose album The Sacred Spirit of Russia is nominated for Best Choral Performance for the 57th annual Grammy® awards.

Professor McCoy is featured in a trio solo on the album, recorded and produced by Harmonia Mundi.

This is the sixth Grammy® nomination for Conspirare. Professor McCoy also sang on the 2008 double-nominated recording, Threshold of Night.