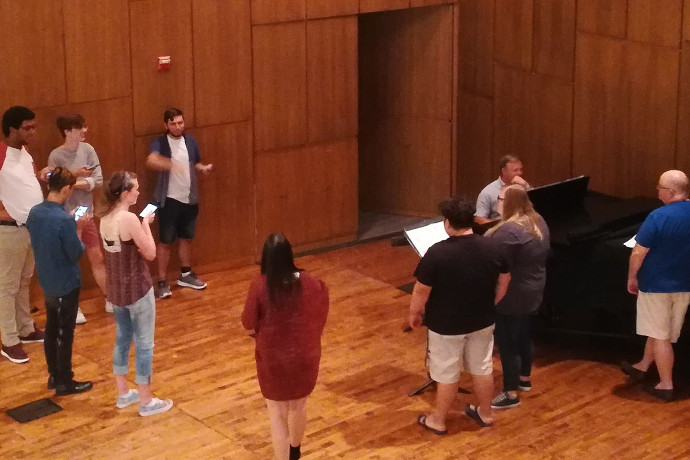 When students Daniel Hernandez '18 and Mary Grim '18 first brainstormed the idea of the Voice Versa recital, an evening where men and women perform songs normally sung by the opposite gender, they didn't know they were starting a new tradition. As they prepared to graduate, Hernandez and Grim were approached by Alicia Smith and Ryan Simon, a music education and theatre major respectively. Smith and Simon wanted permission to continue, which was granted quickly.

Students and alumni auditioned for the honor of performing in August's recital back in April. 14 of the auditionees were chosen by a jury of voice faculty and will perform both musical theatre and opera arias.

The recital will take place in Nicholas Martin Hall on August 30 at 7:30 p.m. It is free and open to public. For more information or if you ‌have questions, call the Department of Music at 817.531.4992.