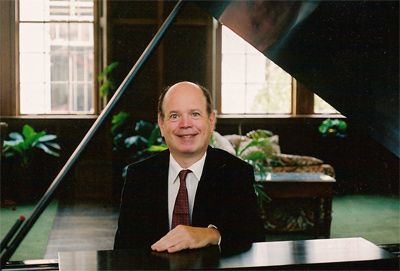 Internationally renowned pianist Boaz Sharon is visiting north Texas late January of 2017. During the occasion, he will be performing a solo recital at 7:30 p.m. on Thursday, Jan. 26, in Martin Hall. The program will feature works by Schumann, Stravinsky, Ravel, Villa-Lobos and Copland’s An American in Paris arranged by the pianist himself. During his stay, Sharon will also work with Wesleyan’s piano major students at a master class to help them improve their musical knowledge and technique.

Professor Sharon's schedule, while he is in north Texas, is as follows:

A first prize winner and gold medalist of the Jaen International Piano Competition, Sharon is an international recording artist for Nonesuch, Hyperion, Arcobaleno and Unicorn-Kanchana Records. His recording release on Nonesuch/Asylum/Warner Bros. was cited as among the best recordings of the year by Newsweek Magazine and was cited by the New York Times as “beautifully recorded and played.”

Sharon is Honorary Fellow at Charles University, Prague. In 2009 he was appointed Visiting Professor at the China Conservatory in Beijing, where he lived for six months.