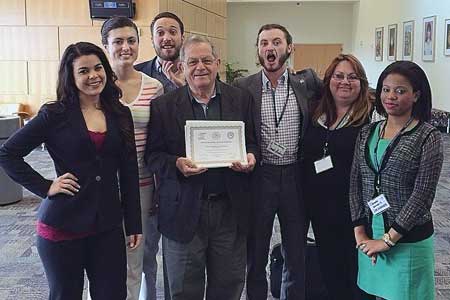 Under the leadership of Dr. Salih, Texas Wesleyan students have been participating in the National Council on U.S.-Arab Relations' Model Arab League (MAL) Program for nearly 30 years. The program gives undergraduate college students the opportunity to learn about the politics and history of the Arab world and the art of diplomacy and public speech. MAL competition prepares students to be informed and effective citizens as well as civic and public affairs leaders.

Congratulations to Dr. Salih and our MAL team.