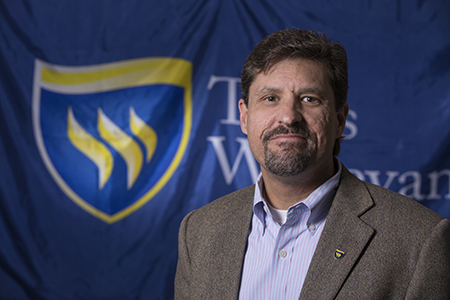 Professor Mark E. Hanshaw, Ph.D., dean of the School of Arts & Letters, has been invited to serve as the general editor of a new volume focusing upon the effect of interfaith engagement within the academy. The volume, to be called, Intersections: Faith(s), Church and the Academy, will be published by the General Board of Higher Education and Ministry of the United Methodist Church, as a part of its Bristol series.

The volume will include contributions from scholars across the country and the world, and will feature such prominent voices as Eboo Patel and former Deputy General Secretary of the World Council of Churches, Wesley Ariarajah. The purpose of the volume is to explore the effect that intersections between varied faith systems are having upon university campuses.

“In this volume, we are focusing upon one of the most important topics of our day,” Hanshaw said. “This volume will reflect important insights from individuals representing a broad array of institutions and groups, and should be an important resource for scholars, students, university administrators and even pastor.”

It is anticipated that the volume will be released in Fall 2017.