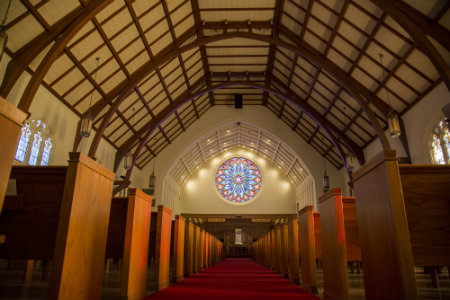 Melissa Turkett '11 and Justin Mikulencak '13 were recently ordained in the United Methodist Church.

Following Justin's graduation from Texas Wesleyan, he received his Master of Divinity degree from Yale Divinity School in 2017 where he was a 2016 recipient of a Fellowship at Auschwitz for the Study of Professional Ethics. Justin also received the 2016 Charles S. Mersick Prize for Public Address and Preaching. Justin is currently appointed as an Associate Pastor at Holy Covenant United Methodist Church of Katy, Texas. 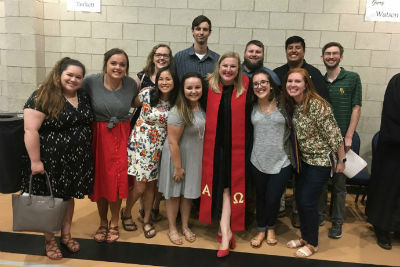 Photo of Melissa Turkett with several friends after her ordination ceremony. 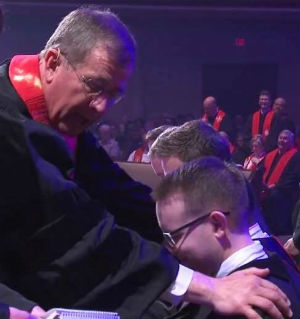 Photo of Justin Mikulencak during his ordination ceremony.