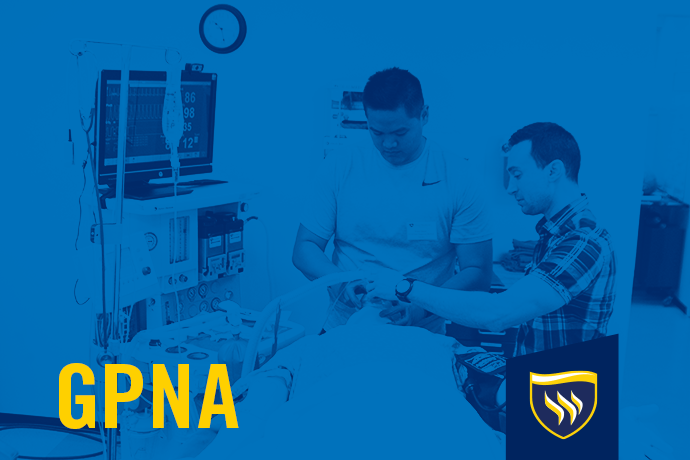 Three classmates from the 2006 Master of Science in Nurse Anesthesia cohort have recently formed Advanced Practice Associates in El Dorado, Kansas. Sonia Slaba, Jason Burk and Dean Heideman recognized a need in their community to address both primary care and mental health issues.

Prior to attending Texas Wesleyan, Sonia Slaba was a family nurse practitioner (FNP) in Kansas. After practicing for 4 years as a FNP, she returned to school for a degree in nurse anesthesia and later completed her DNAP at TXWES in 2017. She is currently certified as a CRNA, FNP and as a psychiatric mental health nurse practitioner. Sonia also brings fluency in both English and Spanish to her patient care.

Jason Burk began his medical career as a paramedic prior to completing a Bachelor of Science in Nursing BSN. Following his graduation from TXWES, Jason practiced anesthesia in rural Kansas. Returning to school, Jason graduated from an FNP program in 2016 and completed his DNP at Creighton University in 2019. His doctoral project focused on ketamine infusions and treatment-resistant depression. Jason is currently completing additional education as a Psychiatric Mental Health Nurse Practitioner.

Dean Heideman transitioned from his role as a LPN to an Associates Degree and later a BSN while working at Stormont Vail in Topeka, Kansas. After graduating from Texas Wesleyan's anesthesia program, he completed a pain management fellowship at TCU in 2017. Dean is currently enrolled in an MBA program.

Congratulations to these alumni on their success. GPNA is proud to have played a role in educating advanced practice registered nurses who have a vision and a heart for patient care.