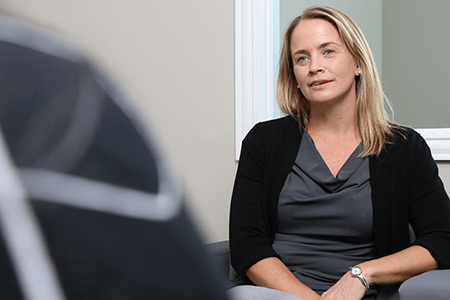 By now it’s almost common knowledge:  50 percent of marriages end in divorce. It’s a grim statistic that has many people avoiding marriage all together. But for couples on the verge of divorce, a split doesn’t always come immediately, or at all, thanks to marriage counseling.

Divorce is not a new concept. In 1527, Henry VIII pushed Pope Clement VII to annul his marriage to Catherine of Aragon after she failed to produce a male heir. When his request wasn’t granted, he broke from the church and appointed himself the head of a new church in order to marry Anne Boleyn.

Ironically, Henry’s new church was even more against annulments than the Catholic church. The only way a divorce could happen was if it was voted upon by Parliament. When a divorce law was finally passed in 1857, there had been 324 cases of divorce in English history. Most of them had been brought by men, who just needed to prove adultery to be granted a divorce while women had to prove adultery as well as another circumstance that would warrant divorce.

A History of Marriage, Divorce and Therapy

We’ve come a long way in the treatment of divorce in recent decades, especially when it comes to marriage counseling. One of the first courses on marriage and family therapy was offered in 1934 at the University of North Carolina at Chapel Hill. In 1942, the American Association of Marriage Counselors (now The American Association of Marriage and Family Therapy) was established. Four years later, the Catholic church’s marriage preparation program began in the Archdiocese of Chicago. Before the 1960s, it was more common for couples to seek out counseling on their own, not together. Today, it is regular practice to work with both members of a couple.

However, in 1980, the divorce rate in the United States peaked, and in 2002, the marriage rate was the lowest in the country’s history.

There are many factors that contribute to the success rate of therapy, including the level of the couple’s participation, their expectations, whether there has been physical or emotional abuse and the type of therapy they seek out. One type of marriage counseling is Emotionally Focused Therapy. According to the Chicago Center for Emotionally Focused Therapy, approximately 50 percent of couples stay together immediately following therapy, with 70 percent reconciling in next three months.

The state of marriage counseling is always changing, with new therapies and theories coming out all of the time. In 2012, news broke about a new kind of therapy called discernment counseling. In discernment counseling, therapists only see couples who are absolutely considering divorce. The major thing up for discussion in sessions is whether it is better to stay married or to let the relationship go.

This therapy is not just unique because divorce is openly and regularly considered, but because it incorporates individual and couples therapy. Counselors will meet with the couples, then with each person individually, then bring them back together for the end of the session.

Your Role in the Future of Marriage Therapy

While divorce rates are up, marriage isn’t going anywhere anytime soon, which means that the need for marriage and family therapists will remain for quite a long time. Applying for a master of marriage and family therapy program is the first step toward playing an important role for families and couples. If you’re up for the task, contact one of our admissions counselors today.