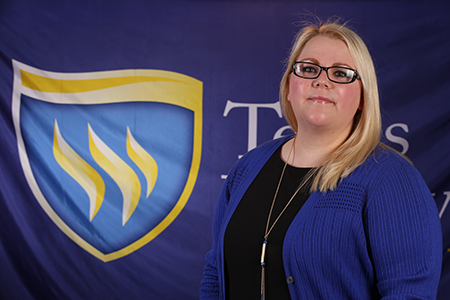 Sloan White has been appointed to the university registrar position, replacing Kay Van Toorn who retired in June after 14 years in the position. White comes to Texas Wesleyan from The University of Texas Health Science Center at San Antonio (UTHSCSA) where she served as associate registrar. Previously, she served as assistant registrar and records coordinator at the University of North Texas Health Science Center (UNTHSC). White has a Masters in Higher Education and a Bachelor of Arts in Journalism from the University of North Texas.