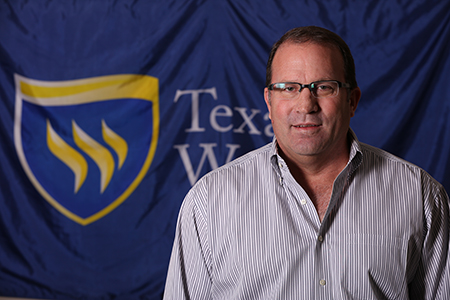 Joe Dryden, Ed.D., associate professor of graduate education, is making news for his publications outside the classroom.

Recently, he published his 100th article as a Texas Wesleyan professor, titled, “Matthews v. Kountze Independent School District: An Outlier in a Sea of Establishment Clause Outliers.” The piece was published in the Civil Rights Law Journal from the Antonin Scalia Law School at George Mason University.

“I have been blessed with an opportunity to become associated with the Education Law Association (ELA) and my publications through the ELA are read by attorneys, professors and administrators across the country,” Dryden said.

One of Dryden’s other published articles was recently cited in a federal court in Ohio. The piece “Title IX Violations Arising from Title IX Investigations: The Snake is Eating its Own Tail,” published in the Idaho Law Review, was mentioned in the case of a former state university medical student claiming the university violated his due process and Title IX rights when he was expelled after being accused of sexual misconduct.

“The issue of sexual assault on college campuses is critically important and we must do what we can, within the confines of the law, to reduce its occurrence to the greatest extent possible, but not at the expense of due process,” Dryden said.