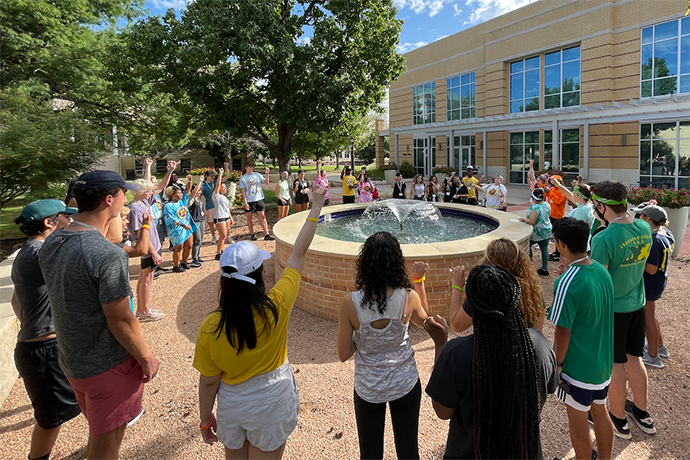 Texas Wesleyan University’s Smaller. Smarter. promise of personal attention is resonating with new undergraduate students, and 567 of them have joined the RAMily this fall — an increase of 21% from the prior year. The university will have its largest first-year enrollment since 1997 as it welcomes 382 first-year students, which is an increase from the prior year of 53%.

These increases are in stark contrast to the reported 4.9% drop in the nation’s undergraduate enrollment in U.S. colleges and universities reported by the National Student Clearinghouse Research Center in June. While nationwide trends generally show college enrollment declining, Texas Wesleyan’s small community approach and individual attention from professors may be exactly what this new generation of college students wants, and even expects, from their institution of higher learning.

“While Texas Wesleyan’s campus may have seen significant changes in the past ten years, with more than $50 million in capital improvements to the campus and surrounding neighborhood, its focus on individual attention has stayed steadfast,” said Texas Wesleyan University President Frederick G. Slabach. “It has always been this intentionally small school’s philosophy that one-on-one attention develops the critical thinking, analytical reasoning and creative problem-solving skills needed to create successful leaders. Leaders that can navigate the difficult problems of our future.”

“University enrollment is determined by a multitude of factors,” said Vice President for Enrollment, Marketing and Communication Alan Liebrecht. “After joining Texas Wesleyan in December 2020, I could see that this small school was doing so many things right, starting with giving a quality education to a high-need population. The Texas Wesleyan community works every day to deliver a Smaller. Smarter. experience, and l think prospective students see the value of being a name, not a number, and the effect that can have on their future.”

In addition to big scholarships and small classes, Texas Wesleyan adjusted the testing requirements for the 2020 fall class – making the SAT and ACT optional. Before the pandemic, Texas Wesleyan’s Academic Council on University Admissions had just concluded discussions on the SAT and ACT testing requirements for incoming students. The conclusion? Students needed a pathway to college admissions without requiring tests that low-income students may not have had an equal footing to as high-income students.