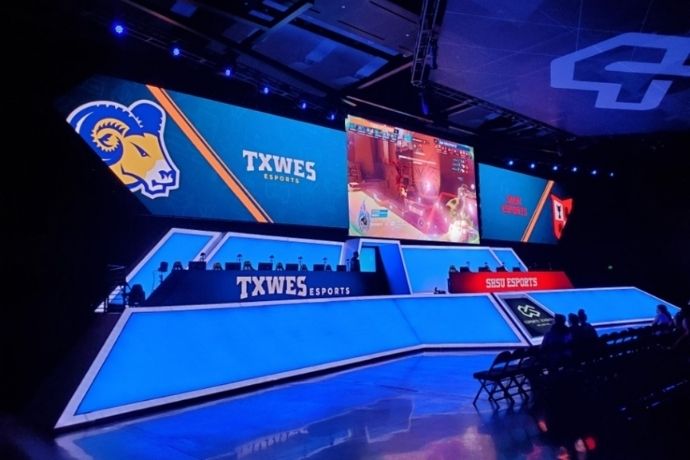 Homecoming weekend in October kicked off with a virtual event, a behind-the-scenes look at the up-and-coming esports program.

Program leadership Eugene Frier and Grant Brady explained what the esports program entails and the many ways that students can get involved. “Esports is much more than video games – it’s a growing industry,” says Frier. “Esports is the biggest world you’ve never heard of.” Under Frier’s leadership, the program has grown steadily and even brought home their first national championship.

Three students who are active in the program spoke about their levels of participation and what being a part of the esports program means to them. From competitive gaming and coaching to promoting the program on social media, these students have found their niche within the program. Despite their varying roles, they all agreed that it was the camaraderie and support from the group that they valued most. “There are so many people who come in the esports room and say ‘I feel safe here’ or ‘I finally found somewhere I fit in,’” says Nick Haines, a junior Sports Communication major and competitive gamer. “That’s pretty powerful.”

Want to find out more about this exciting program? Check out our Youtube channel to watch the recorded event.