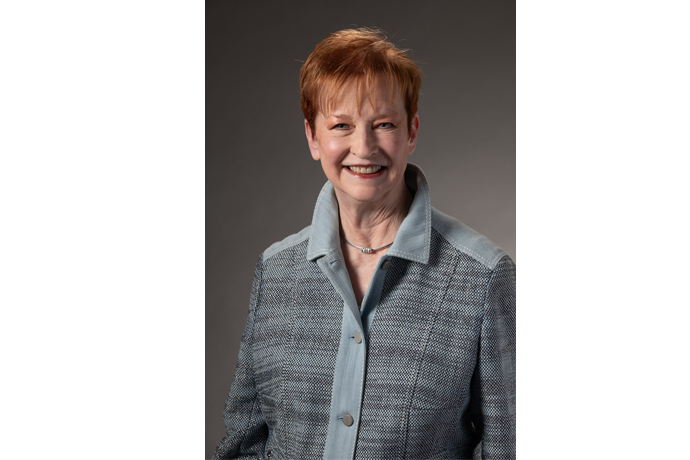 Texas Wesleyan is proud to announce the recipient of the Honorary Alumna award, Karen Cramer. Karen was born in Fort Worth at Harris Methodist Hospital. After graduating from Paschal High School, she attended Stephens College in Columbia, Missouri and received a Bachelor’s Degree in Business. She continued her education at Dallas Community College earning an Associate’s Degree in Accounting and certificates in numerous computer applications.

She embarked on a retail career spanning 12 years in various buying positions for department stores including Stripling’s, D. H. Holmes and Sanger Harris. Karen then became a manufacturer’s representative based in the Dallas Trade Mart for 20 years. She was responsible for numerous houseware lines, which were sold to retailers throughout North Texas and Oklahoma. Upon leaving the wholesale business, Karen took on two careers: bookkeeping for Durango Doors of Fort Worth and Houston, and investing in commercial real estate: warehouses and raw land.

Karen’s current positions are serving the Board of Trustees of Texas Wesleyan as the chairman of the advancement committee and serving the Foundation Board of Trustees at Texas Health Resources. She is a member of Arborlawn United Methodist Church, Newcomers Club of Lake Granbury, the Newcomers Book Club, and Artneedle Works of Granbury.  Karen is also a new member of the Estes Park Summer Residents Club.

The most important job Karen ever held was caretaker for her parents for eleven years. While it was difficult at times, her great parents made it easy to be a good daughter.

The Cramer Family has a long legacy at Texas Wesleyan. Karen's grandmother, Quilla Viola Umstead Shawver, graduated in 1917 from what was then known as Texas Woman's College. Karen's father, Judson A. Cramer HON '79, graduated from Polytechnic High School and enrolled at Texas Wesleyan as part of the Civil Pilot Training Program. He later joined the Texas Wesleyan Board of Trustees in 1972, was named Alumnus of the Year in 1975, and became board chairman in 1976.

Karen Cramer continued the family legacy by joining the Texas Wesleyan Board of Trustees in 2016. Thanks to her commitment to Texas Wesleyan students and her incredible generosity, construction will begin soon on a new athletic stadium to be named in her honor. This fall at the 2022 Alumni Medal Dinner, Karen will be named as Honorary Alumna. You are invited to join us in celebrating Karen on Nov. 4.

Each year, Texas Wesleyan University honors distinguished alumni and friends. Their achievements and contributions are amazing reflections of the University and we are honored to celebrate and recognize them each year.

The Alumni Medal Dinner is at the Martin University Center on campus on Friday, Nov. 4. The reception begins at 6 p.m., followed by dinner and program at 7 p.m.

The event is open to all alumni, friends and faculty and staff, and tickets are $65 per person. Register online by Oct. 31

For questions, contact the Office of Alumni Relations at 817-531-6548 or alumni@txwes.edu.