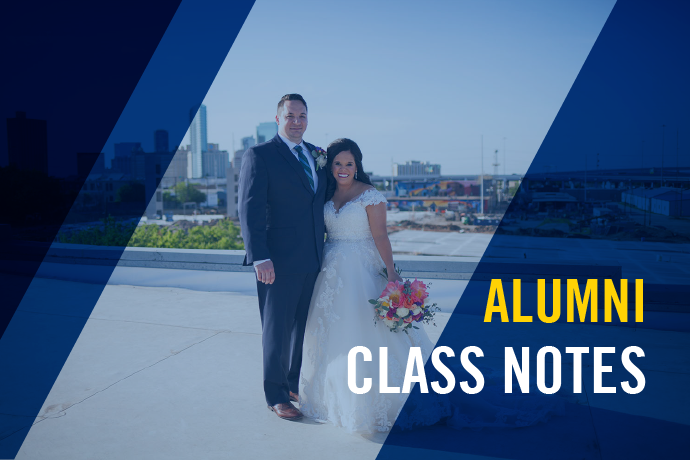 Bill Leonard ’68 is founding dean and the James and Marilyn Dunn professor of Baptist studies and church history emeritus at Wake Forest University School of Divinity in Winston-Salem, N.C. He is the author or editor of 25 books.

LeAnne Howell Stribley ’72 is currently the Chief Financial Officer and Associate Lab Director for Los Alamos National Laboratory in New Mexico. She is responsible for all business services including HR, IT and finance.

Mike Williams ’77, Texas Wesleyan Board of Trustees member, was named the new chancellor of the UNT system.

Bobby Mills ’95 was elected to the Biddeford, Maine City Council to serve Ward 4. He had previously served Ward 5 for 10 years.

Sharon Roberson-Jones ’96 was named one of Panola County ‘Citizens of the Year’ for her work in the community helping teens through her organization, Excellent Teen Choice.

Courtney Kimberling Radcliffe ’01 is now the Executive Director of the Mary I. Gourley Scholarship Foundation.

Hank Sinatra ’04 has published his second book, The Wedding Specter, which is available on Amazon.

LaNette Kincaide ’09 is a writing coach at her own writing academy and is in the process of releasing her 5th book, Letters to Mom.

Ben Phillips ’09 starred in a one-man show, One Christmas Carol, at Onstage in Bedford.

Marlynn Tatum ’11 from Roark Elementary in Arlington ISD was selected as a 2021 recipient of the Special Recognition Teacher of the Year.

Catherine Phillip ’12 and her husband welcomed a baby girl, Ainsley Cate, in July.

Jovan Rodriguez ’12 had his original play, Freedom is Free, performed as part of a short play festival in Los Angeles.

Matthew Trammell ’10, a teacher at Shackelford Junior High in Arlington ISD was named the Kiwanis Woodrow Counts Junior High Teacher of the Year.

Jeremy Crane ’18 was recently promoted to Director of Communications for the U.S. House of Representatives in Washington, D.C.

Mariah Kuhn ’19 and Trey Cardona got engaged in August.

Donovan Isom ’20, former quarterback for the TXWES Rams, signed a pro contract with the Berlin Rebels, one of the highest premier leagues in Europe.