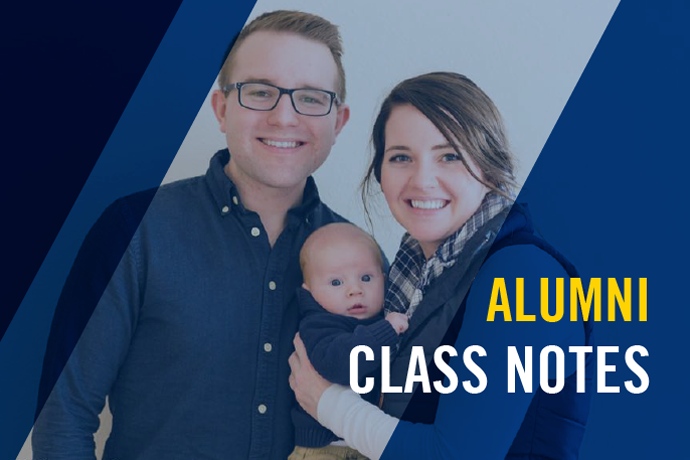 Pearl (Ayers) Friesenhahn ’72 retired after working 35 years with the Department of Defense. She also worked on NASA contracts in Houston for 11 years.

Judy Clayton Pugh '76 received certification as an approved director at Sweet Adelines, International, an organization that promotes four-part a capella harmony in the barbershop style.

Marc Veasey ’95 has been appointed as an assistant whip for the 116th Congress.

Laith Sando ’02 was featured in Burleson NOW magazine for his talent in the sport of curling. It’s truly a family affair as his mother and grandfather competed national in the sport and he and his immediate family members are continuing this family legacy.

Jen Teague ’02 started a podcast “#BeAHiringHero” in January. It's available through iTunes, Spotify, Google Podcasts, Breaker, PocketCasts, RadioPublic and Anchor. The purpose of each episode is to help startups and small businesses looking to expand to understand how to make better hiring decisions.

Ayah Sayyed ’06 published her first children’s book, “Sabeel and her Superheroes,” which is available online at Amazon and Barnes and Noble.

Johnny Gonzales ’10 appeared on a recent episode of Law & Order.

Morgan Marr ’10 and wife Emily welcomed their new baby, Sterling, into the world on Feb. 10.

Diana Gerrard ’12 received her Ph.D. in cellular molecular and biomedical sciences from the University of Vermont.

Alex Hendee ’15 is excited to announce that she is officially a registered nurse.

Meghan Finley ’15 and Stephen Vereker eloped in Charleston at White Point Garden surrounded by their families.

Hayley Eaker ’16 was named Bridgeport Elementary Teacher of the Year

Abby Miller ’18 receives prestigious Fulbright English Teaching Award. She will be teaching English at a university in Columbia, in South America starting in Aug. 2019.

Zahraa Saheb ’18 is working for the U.S. House of Representatives for Congressman Marc Veasey ’95 (TX33).