From the Magazine: To be Two Bee 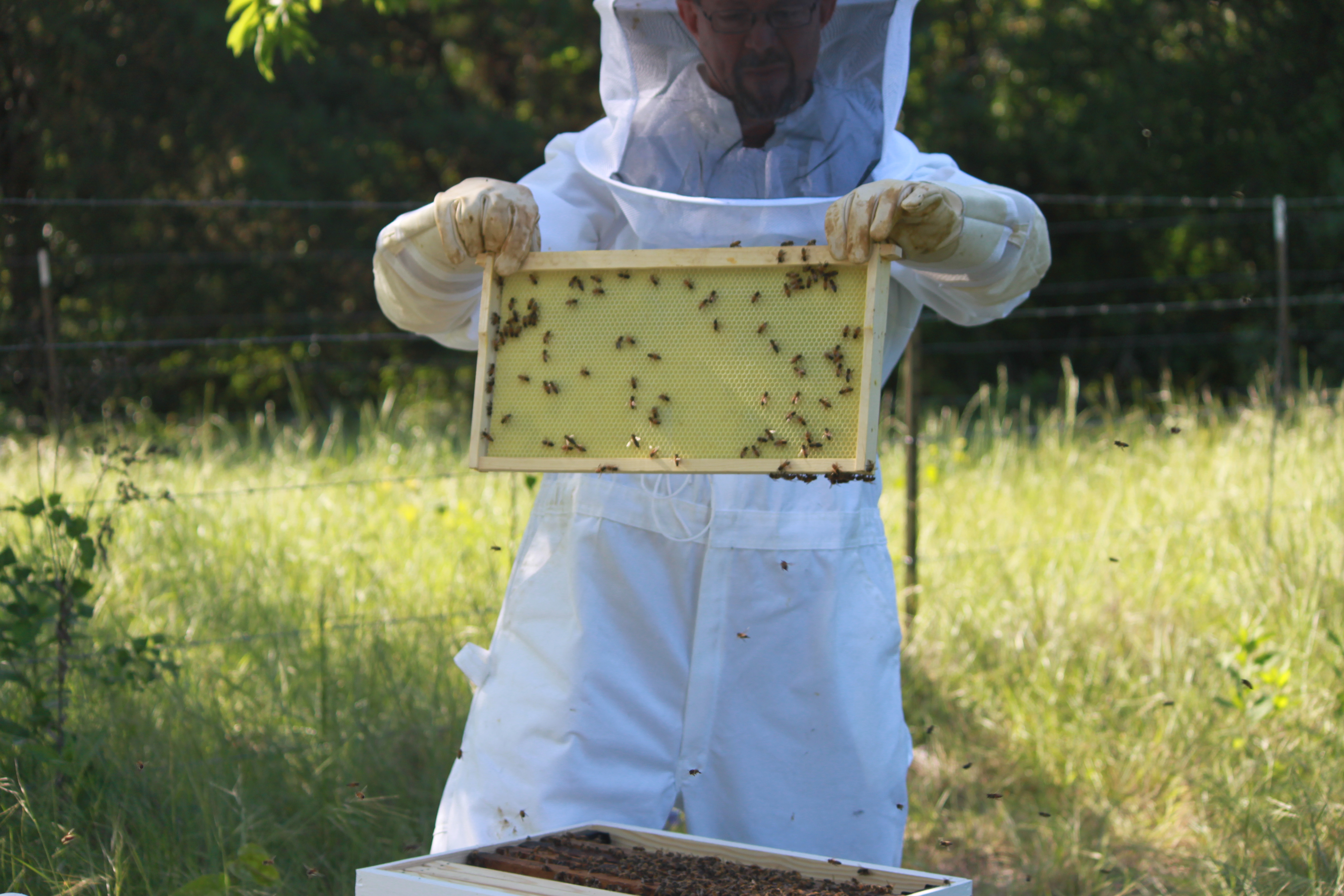 Ask David ’00 and Syndi Gorrell Hillberry ’86 about Two Bee Honey and they enthuse about their budding honey company like a couple of 20-something entrepreneurs. They hope to double production this year and have an ambitious plan to grow it into a full-time business.  They recently bought 10 acres near Hillsboro and a building full of supplies, and have spent the past year and a half immersed in all things honeybee, getting ready for an expansion.

“We harvested about 50 pounds of honey last July and it was amazing; it tasted wonderful,” Syndi says, clearly impressed by the wonderment of honey production. “We sold it to friends and family and could have sold 100 pounds if we’d had it.”

The goal is to build a viable family business while they and their two sons are still working fulltime — a move that wasn’t even on the Whitney couple’s radar in 2015 when they bought three hives. They just wanted to maintain the agricultural exemption on their 6-acre property. They’d tried cows, but wanted something less cumbersome.

They settled on bees, thinking it’d be a fun backyard hobby. Instead, the Hillberrys found themselves enamored by the bees, the beekeeping community and the business potential.

Four hives blossomed into 11 after sons, Brandon and Zachary ’12, began collecting swarms from neighbors’ barns and outbuildings. They were up to 15 by the time the honey flowed in 2016.

So they decided to be Two Bee.

The Hillberry’s have reason for optimism: Honeybees are big business and there aren’t enough beekeepers in the U.S. to meet the demand for the tiny pollinators and their honey products. Much of it comes from overseas.

“When people find out you’re raising local, raw, natural honey, there’s a huge demand,” David says. “It just tastes better and is better for you.”

Syndi is brimming with expansion ideas: raw honey in the comb, salves, balms, lotions, propolis, tinctures, creamed honey, honey wine and honey mead. They can rent the bees to farmers and orchard growers across the country. They can even raise and sell queens.

Her first foray into product development was a honey lip balm recipe she found in a bee journal. Her friends loved it so much that they clamored for more and proclaimed that the product changed their life. She made 200 tubes in 2016.

“Because of the diversity of what you can sell from bees, there’s always a market for some of them,” she says. “If one area isn’t doing well another probably is.”

The Hillberrys have nothing but encouragement for anyone thinking about putting a hive or two in their yards.

“The first thing to do is go to a local bee club,” David says. “You can find local organizations on the Texas Beekeepers Association’s website. Any beekeeper will be happy to help you get started.”