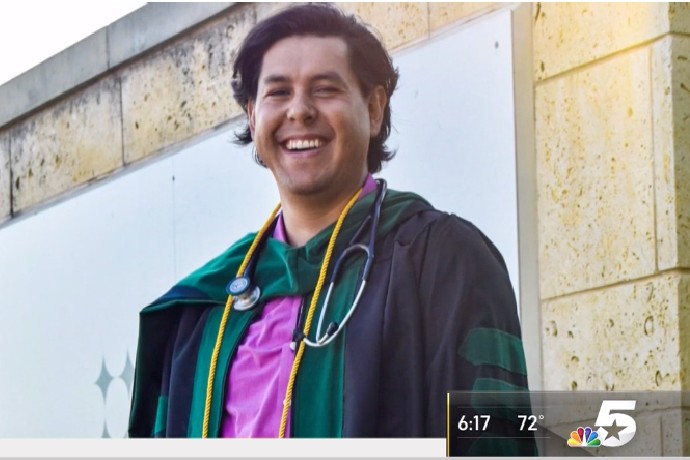 15 years ago, Gabriel Ceceñas '13 was living in Mexico with no background in English. Today, he is jumping into the fight against COVID-19 as Dr. Ceceñas. His story was recently featured on NBC 5.

“I wanted to be a doctor ever since I probably was a little kid," Ceceñas told NBC 5. "I wanted to do something in medicine and I decided in the middle of my college years that doctor is way to go."

Gabriel moved to Texas when he was 15. He learned English in two years, graduated from Lake Worth High School and attended Tarrant County College, finishing his four-year degree in biology at TXWES. Earlier this month, he completed his medical degree at the University of North Texas Health Science Center and has started his intern year of residency at the University of Missouri-Kansas City emergency medical program.

Check out the full story above and read more on NBC 5’s website.