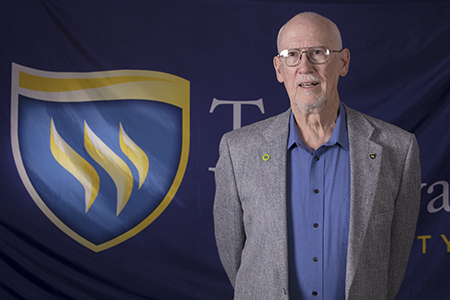 The following text is reposted with the permission of the Fort Worth Star-Telegram. It originally ran in the Star-Telegram’s Opinion section on Sept. 2, 2016. Bob Landolt is emeritus professor of chemistry at Texas Wesleyan University.

Special to the Star-Telegram

In the 1983 movie War Games, regarding global thermonuclear war, Joshua (a computer) states, “A strange game. The only winning move is not to play. How about a nice game of chess?”

In contrast, contending with climate change/global warming is a game we must play to win.

Debating whether it’s happening and if human activities are to blame may scratch other peoples’ itch, but not mine.

Instead, let’s focus on predictable impacts and strategies to solve problems. There are solid reasons for optimism!

What do potholes have to do with the Zika virus or climate change?

Consider how commuting any time of year can illustrate the important distinction between a hazard and a risk.

A pothole is a tangible fact with special characteristics that make it a hazard. Encounter it, and something bad happens.

The potential risk from an encounter with a pothole is a probability. The latter ranges from zero, if you are driving in the other lane, but up to 100 percent if you are inattentive and use the pothole lane.

The Zika virus and climate change are hazards that are facts, like bluebonnets are blue or “who was buried in Grant’s tomb?”

Consequences occur upon encounters with the hazard. Like the jolts from a pothole, impacts of climate change or spread of the Zika virus are predictable results of both natural and human activities.

Unlike the pothole, changes in climate or the virus hazard are not subject to quick or easy fixes.

What might be done about something as real as a pothole, such as climate change or disease, especially when there is high probability of encounter?

Denying that hazards exist carries moral responsibilities. In the case of the pothole, the risk can be assigned to others by taking a different route until the problem bothers someone enough to fix it.

For climate change, there is no “other lane.” Hazards exist for everyone, and the encounters will be global. Denial adds to the risk, especially for future generations.

Science leaves little doubt about the causes of potholes: cycles of freezing and thawing of water in pavement cracks, plus jarring encounters with vehicles.

Potholes occur “naturally,” even on a seldom-driven road.

Climate change plants real, pothole-like hazards all over the paths we and our offspring will travel.

And human travel clearly exacerbates spread of the Zika virus.

The question is how we address the risks, raising or lowering the probability of undesirable results.

The first steps toward a sustainable climate fix are efficiency (cars with better gas mileage) and conservation (using critical stuff no more than necessary).

Both tactics save money and are achievable by smart individuals.

Not only would this reduce undeniably harmful impacts of greenhouse gas emissions, but it also could increase the quality of life for those living near fossil fuel extraction/burning facilities.

With problems presenting immediate threats, such as Zika virus, wild fires or hurricanes, decisions about what actions to take may be more straightforward.

Longer-term risk-avoidance is trickier, especially when there are financial considerations.

It’s time to take the “fix the pothole” route with climate change.