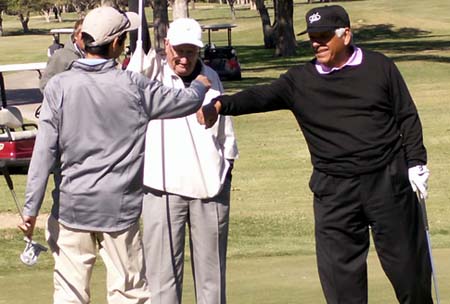 The tournament is named for Bounds, who was the head golf coach at Texas Wesleyan for more than 40 years.

Two years ago, the Trevino package was purchased – and then donated to four high school students for the round of a lifetime, plus personal golf tips. Proceeds from this year’s auction will be split between the men’s and women’s golf programs.

Conditt, along with a committee that included O.D. Bounds, Doug Higgins and Guinn Phillips, established the fund in 1984 to support student-athletes. As of May, the fund represents a corpus of $320,000.

The men's golf is one of the most storied programs in the NAIA.

The team is ranked third nationally and began its season with a second-place finish at Abilene Christian University's Charles Coody Invitational.

Last year was the inaugural season for the women’s golf team – and they are off to a great start.

The team finished in third place at the 2013 Red River Athletic Conference Championship.