President Slabach elected as treasurer of ICUT board of directors 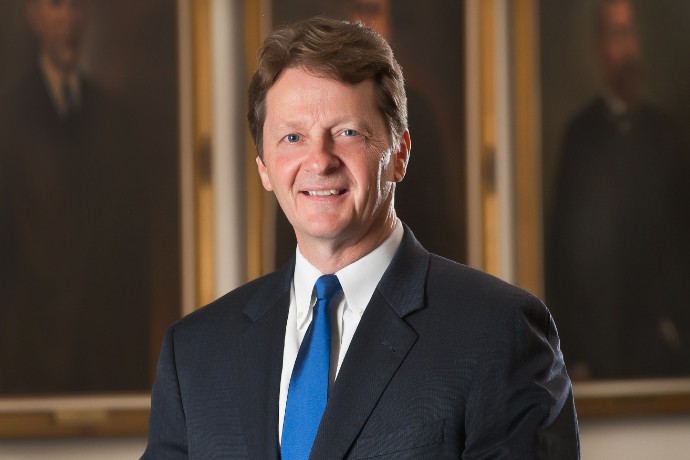 The Independent Colleges and Universities of Texas, Inc. (ICUT) recently elected Texas Wesleyan University President Frederick G. Slabach to serve as treasurer on the organization’s board of directors.

Slabach, who has served as a director on the board since 2013, began his two-year term as an officer in September.

"I am honored to be able to represent the interests of Texas’ independent colleges and universities for two more years," Slabach said. "ICUT has a critical role in communicating the value of these institutions to state policymakers."

Slabach, who assumed the role of Texas Wesleyan president in 2011, has developed and executed a bold agenda that cultivates critical thinking and has revitalized the University’s home in East Fort Worth.

His 2020 Vision strategic plan calls for academic programming that prepares students for graduate school and professional careers, an enriched student experience and a renewed focus on campus enhancement, financial vitality and increasing awareness through marketing.

The ICUT board of directors is responsible for conducting the corporation's business between meetings of the membership, developing the organization's public policy positions and providing ICUT's representation before various government entities, educational organizations and other agencies and groups.

The board is composed of five officers (chair, vice chair, past chair, secretary and treasurer) and six directors at large, who each serve a two-year term.