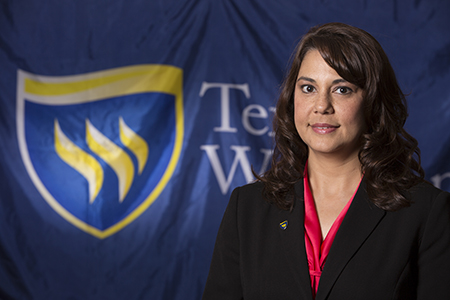 Schooley joined Texas Wesleyan on March 16, and most recently served as assistant vice president for major gifts at the Texas A&M Health Science Center. Prior to Texas A&M, she spent eight years at the University of Texas at Arlington (UTA) where she spent the majority of that time as associate vice president for development and managed the major gifts and prospect management teams.

At Texas Wesleyan, Schooley will serve as a major gifts officer, manage the development team and oversee the day-to-day fundraising operation.

Schooley has worked in private philanthropy for more than 20 years, developing, implementing and managing successful fund raising programs in a wide variety of settings. She spent more than a decade as a fundraising consultant with the J. F. Smith Group out of Auburn, Ala.

"When Jerri and I worked together at UTA, her experience as a fundraising consultant was invaluable because of her ability to step outside of an institutional perspective and develop a fundraising plan built upon our strengths and focused on authentic priorities," Lewis said.

During Schooley’s time at UTA, their private philanthropy quadrupled and received national recognition by the Council for the Advancement and Support of Education as one of the two most improved fundraising programs in America for a three-year period ending in 2013.

Schooley, like many Texas Wesleyan undergraduates, is a first-generation college student who began her collegiate career at a community college.

"Wesleyan is similar in many respects to my alma mater, the University of Mary Hardin-Baylor," Schooley said. "It’s an institution that played a significant role in shaping me, and serving on the advancement team at Texas Wesleyan is a wonderful opportunity for me to pay it forward."