Don’t miss the Willson Lectureship with Eboo Patel at 7 p.m. on Feb. 7 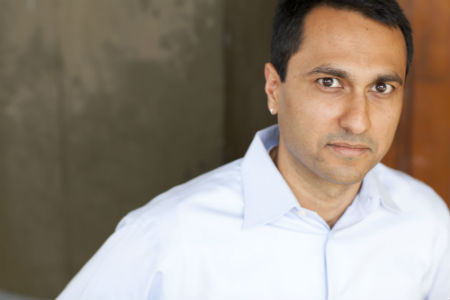 Patel, who served on President Obama’s Inaugural Faith Council, will engage with students, faculty and staff throughout the day and will speak at 7 p.m. Feb. 7 in Nicholas Martin Hall to the entire Texas Wesleyan community. The 7 p.m. featured presentation is free and open to the public. Doors to Martin Hall will open at 6 p.m.

The recommended University reading for the lecture is Sacred Ground: Pluralism, Prejudice, and the Promise of America by Eboo Patel, which is on sale in the University Bookstore. Copies of the book will be available for sale in Martin Hall before the event, while supplies last. Patel will sign book copies after the event.

“Patel’s national movement for interfaith cooperation is closely intertwined with the religious ideals of our Methodist heritage,” President Frederick G. Slabach said. “I hope our students and entire campus community will be inspired by Patel’s leadership and desire to create positive attitudes toward religious diversity.”

Named by U.S. News & World Report as one of America’s Best Leaders of 2009, Patel is a regular contributor to the public conversation around religion in America and a frequent speaker on the topic of religious pluralism.

“Eboo has given a national voice to the topic of the necessity of interfaith engagement within the university classroom and across the academy,” Mark Hanshaw, Ph.D., interim dean of the School of Arts and Letters, said. “In addition to heading a widely-noted think-tank based in Chicago, he has advised President Obama on issues related to interfaith engagement. This is an incredible opportunity for our students, faculty and staff.”

Patel holds a doctorate in the sociology of religion from Oxford University, where he studied on a Rhodes scholarship. For over fifteen years, he has worked with governments, social sector organizations, and college and university campuses to help realize a future where religion is a bridge of cooperation rather than a barrier of division. He is inspired to build this bridge by his identity as an American Muslim navigating a highly religiously diverse social landscape.

Patel is the author of Acts of Faith, Sacred Ground and Interfaith Leadership. Last spring, Patel was the commencement speaker at Wake Forest University.

The Willson Lectureship is an endowed speaker series at Texas Wesleyan University that was established in 1946 by Mr. J.M. Willson and Mrs. D.M. Willson, and family.