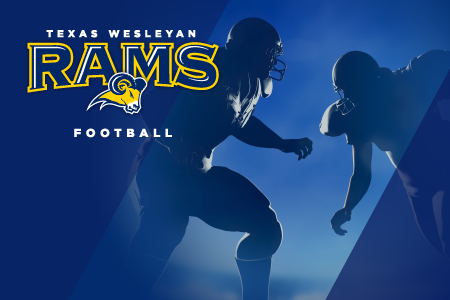 Texas Wesleyan University announced that it will reestablish the University's football program with a red-shirt leadership class that will begin practicing during the 2016-17 season. Games are scheduled to begin in the 2017-18 season.

"This is truly an historic occasion for Texas Wesleyan," President Frederick G. Slabach said. "Football will bring a new team of student-athletes who will thrive at our Texas Wesleyan campus."

The university plans to hire its coaching staff in February and will start recruiting 75 students for a red-shirt leadership class that will begin practicing and scrimmaging during the 2016-17 season. The team will play in the NAIA's Central States Football League, which is composed of teams from the Sooner Athletic Conference and the Red River Athletic Conference.

In a time when tickets to athletic events are skyrocketing, Texas Wesleyan's football team will provide an inexpensive, fun, family-friendly way to experience the sport of football.

"Much like our focus on a 'Smaller. Smarter.' education experience in the classroom, football at Texas Wesleyan will look very different here than it does at NCAA Division I universities. It will be athletic, exciting, and fun to watch," Slabach said. 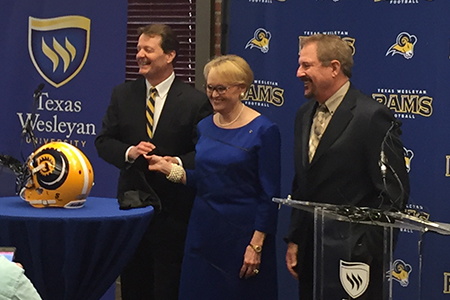 The university is also exploring the possibility of developing a new stadium adjacent to campus through a collaborative partnership.

"The addition of football is an intentional piece of our strategic plan," Beverly Volkman Powell '92 MBA '99, Board of Trustees Chair, said. "This campus needs football to enhance our student life experience and round out our athletic offerings."

Since 2008, 34 small colleges and universities in the U.S. have added football to their athletic programs, three in Texas: Houston Baptist University, Southwestern University and Wayland Baptist University. These universities have seen significant enhancement of student life and increased revenue as a result of the new programs.

Texas Wesleyan is a private, coeducational university in Fort Worth. The university has seen significant growth in recent years as the result of the revitalization of East Fort Worth and its award-winning marketing program. Founded in 1890, the university is currently celebrating its 125th anniversary, making it the longest-serving educational institution in Fort Worth. 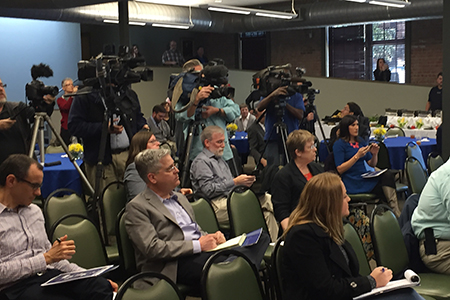