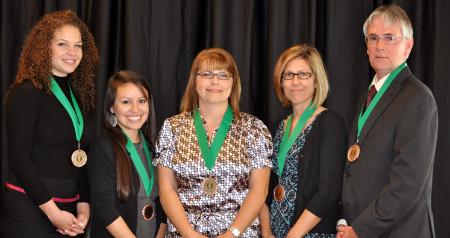 Brandy Hendon, Eliana Mijangos, Glynn Olsen (who graduated in December), Lisa Puente and Nadine Trotchie were presented with a certificate and medal at the event, which was attended by members of the Texas Wesleyan and Sumners Board of Trustees, along with a faculty member who inspired them, staff members and family.

The endowed Sumners Scholarship Program was established at Texas Wesleyan in 1994. Since then, more than 50 Wesleyan students have been honored.