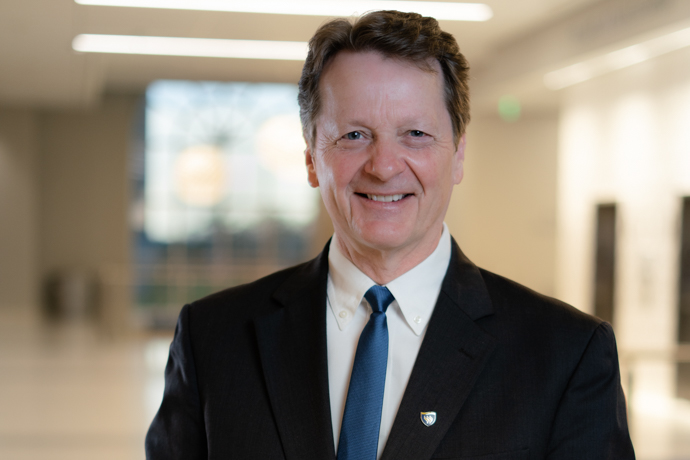 Texas Wesleyan University President Frederick G. Slabach has accepted the position as dean of the University of Mississippi School of Law effective July 1, 2023. The appointment is contingent on final approval by the Mississippi Institutions of Higher Learning Board of Trustees at their February board meeting.

Slabach and his wife, Melany Neilson, have deep ties to Mississippi. The couple met at Ole Miss and are both alums of the university. Slabach is a graduate of the law school.

“Being asked to return home to help lead my alma mater, one of the oldest public law schools in America, is an honor for Melany and me,” Slabach said.

Slabach has served as president of Texas Wesleyan since January 2011. Prior to becoming president, Slabach served as dean of the Texas Wesleyan University School of Law and as the chief executive officer of the Harry S. Truman Scholarship Foundation in Washington, D.C.

Under President Slabach’s leadership, Texas Wesleyan has invested more than $50 million in capital improvements to the campus and surrounding Polytechnic neighborhood, spurring significant economic revitalization. The University has also embraced diversity under Slabach’s leadership and has earned distinctions as both a Hispanic Serving Institution and Minority Serving Institution.

Additionally, the University’s endowment has doubled under President Slabach’s leadership. In 2022, the University set records for philanthropic support — raising more than $15 million in charitable gifts from private donors, corporations and charitable organizations.

In an email to the campus community, Slabach expressed pride in the work of the faculty and staff in fulfilling the University’s mission in higher education, writing that “the work we are doing together here at Texas Wesleyan has been the pinnacle of my professional life. I am grateful to be a part of this community and its continued momentum. Because of you, the University’s future is bright.”

Texas Wesleyan University Board of Trustees Chair, Glenn Lewis, said the University is a better institution today because of Slabach’s hard work and dedication.

“President Slabach’s long and successful tenure leading a talented team of faculty and staff in the face of unprecedented challenges for higher education has resulted in a stronger, more diverse and more accessible university. His vision for, and commitment to, our Smaller. Smarter. university have been steadfast and untiring,” said Lewis. “The next president of Texas Wesleyan University will have a strong foundation upon which to build.”

Donna Nance, vice president of finance and administration, echoed Lewis's words, citing that, under President Slabach, the University has received a 3.0 on the U.S. Department of Education Financial Responsibility calculation, the maximum score.

“President Fred Slabach has been an incredible leader not only for Texas Wesleyan University but for all of Fort Worth,” said Fort Worth Mayor Mattie Parker. “Under his leadership, Slabach led the economic revitalization of the campus and the Rosedale Renaissance in east Fort Worth.  His tenure as President is both impressive and transformative for the University and we are indebted to his leadership. David and I wish Fred and his wife Melany all the best in their return to Mississippi. He left TXWES and Fort Worth better than he found them and for that, I am incredibly grateful.”

Lewis will outline the search process for Slabach’s successor in the coming days. President Slabach intends to serve as University President through June.

Additional information about the search for the University’s 21st president will be shared as it becomes available.  For more information, visit txwes.edu/presidentialsearch. 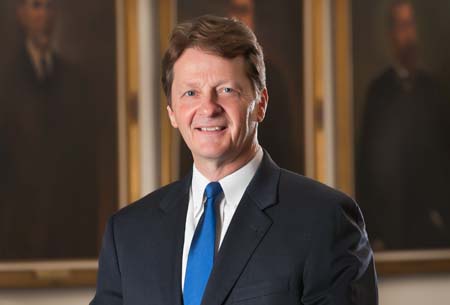