Table tennis season is here, and the Rams are ready 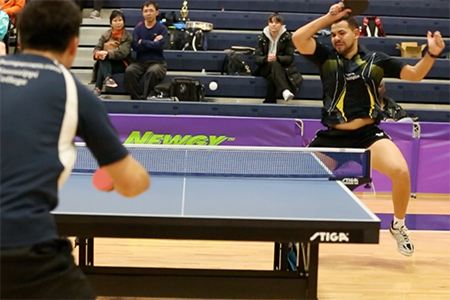 Emil Santos is back for his final season as a Ram, and is looking to lead the team to its 12th national championship this spring.

This year, the Rams are out to reclaim their No. 1 ranking against rivals at Mississippi College, and secure a 12th national title.

Tournament play begins in the Sid Richardson Center in January:

Top teams from the divisional tournaments will advance to regionals, again hosted by Texas Wesleyan in the Sid Richardson Center gym. Help the team give a Texas-sized welcome to competitors from Arkansas, Florida, Georgia, Mississippi and Louisiana. There will be 12 colleges and universities in town. Winners will advance to the national championships March 22-27 in Round Rock, Texas.