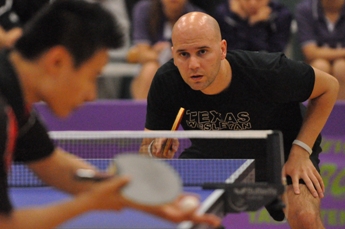 Texas Wesleyan prevailed against Mississippi College, 3-1. With two titles this year (Barbossa and Yahao Zhang took the men’s doubles title on Friday), the Rams have now won 49 national titles in table tennis since the program’s inception in 2002. Since becoming eligible to compete for the team title in 2004, Texas Wesleyan has never lost the event.

Prior to the tournament, the Rams were featured on WFAA Channel 8's morning show and on FOX-4’s Good Day show. For more information, visit www.ramsports.net.