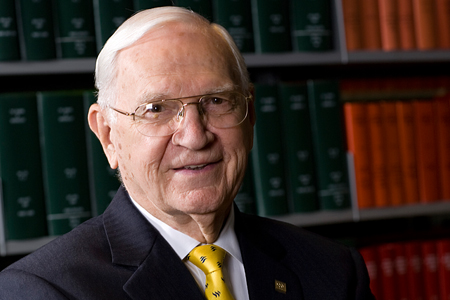 Promoting Texas Wesleyan University’s future while preserving its rich, historical tradition are among the reasons for the upcoming 125th anniversary project.

Trustee Emeritus John Maddux ’59 provided initial funding for the history project, which is being led by history professors Elizabeth Alexander and Brenda Matthews, both of whom were awarded Pate Endowed Professorships this spring.

“Combining a promising future with an exciting tradition-filled past, Wesleyan has been blessed with numerous outstanding students and campus traditions,” Maddux said. “Someone has said ‘We drink from wells we have not dug, and occupy buildings built by others.’ ”

Scott Cannon ’77 has been assisting the professors with interviews with individuals with significant ties to Texas Wesleyan, including:

While several interviews have been completed, many more are to come.

“All of us at Wesleyan have been blessed by the students, faculty and administration that produced our Wesleyan culture,” Maddux said. “The 125th anniversary is an opportunity to revisit our past and plan for the future.”