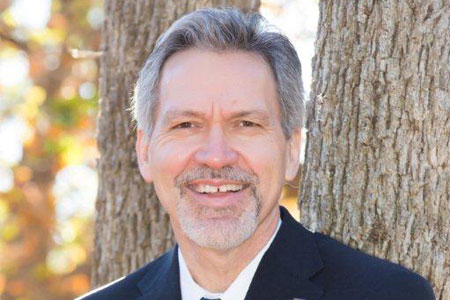 “Lewis’ reputation precedes him,” President Frederick G. Slabach said. “He is a leader in the field of academic fundraising and development. We are confident that he will help us reach our 2020 goals and beyond, and make a huge impact on our university and the Fort Worth community.”

Texas Wesleyan conducted a national search to fulfill the role.

“Lewis was selected from an extraordinarily talented pool of 33 applicants nationwide,” Slabach said. “After a thorough selection process, we unanimously agreed that Lewis’ experience was the right fit for Texas Wesleyan.”

During his tenure at UTA, Lewis quadrupled UTA’s annual average of private philanthropy, which led to large-scale projects such as the College Park District. He also played a leadership role in obtaining the two largest current cash commitments in the history of UTA, $7.5 million and $5 million.

While at Austin College from 1995 to 2008, Lewis provided leadership for the New Era Campaign, which resulted in raising more than $120 million to build and renovate 14 campus facilities and established 277 new scholarships totaling $26.5 million. He is attributed with significantly raising Austin College’s national visibility as a selective liberal arts college.

“I’m impressed with the momentum Texas Wesleyan is building in the marketplace,” Lewis said. “They are taking a stand to deliver a unique college experience that is student-centered and outcomes driven – and it is working.”

“I’ve enjoyed Big Brothers Big Sisters, but felt this opportunity was something I couldn’t pass up. My true passion lies in the heart of a college campus – working to help universities grow and connect with constituents to benefit students, the community and generations to come.”

Under the leadership of President Slabach, Texas Wesleyan has renewed its focus on developing critical thinking and analytical reasoning skills to prepare students for graduate school and professional careers. The small, private, 124-year old university prides itself on intentionally small classrooms and high-quality, engaged educators.

In 2012, Texas Wesleyan launched the Rosedale Renaissance project to revitalize Texas Wesleyan’s southeast Fort Worth neighborhood. The university raised $6.7 million for the project that leverages $32 million in street improvements along East Rosedale.

Prior to Austin College, Lewis served as vice president for development at Millsaps College in Jackson, Miss. for six years. His other development and higher education experience includes stints at Southern Methodist University, Odessa College, the University of Arkansas at Monticello and East Texas State University. Lewis is a lifelong, active member of the United Methodist Church.

“Texas Wesleyan is at a turning point in its history,” Lewis said. “I’m excited to be a part of something this special.”