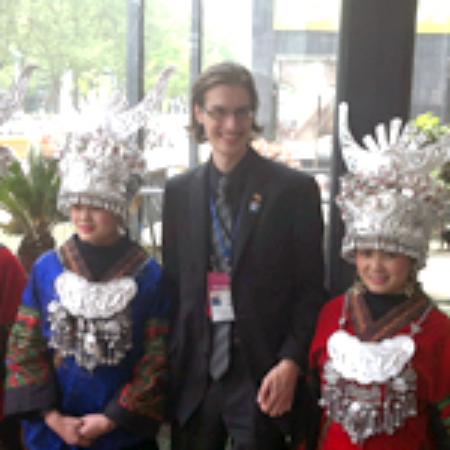 In mid-April, 28 members of the Wesleyan Singers, as well faculty members Jerome Bierschenk and John Fisher, went to Guiyang, Guizhou Province, China, with the Fort Worth Sister Cities delegation for an eight-day trip that culminated in a special citywide concert.

The singers, who were invited by Mayor Li Zaiyong after he heard them at the official Sister Cities signing in Fort Worth, made up part of a 71-person delegation, led by City Councilman Dennis Shingleton and State Senator Jane Nelson, which traveled more than 7,000 miles to the bustling Chinese city. The Chamber Singers wowed the audience with a special arrangement of the “Star-Spangled Banner,” and were joined onstage by the Guizhou University Choir in singing Dvorak’s “Going Home.”

The students also traveled to Beijing, and visited Tiananmen Square, the Forbidden City and a portion of the Great Wall of China.