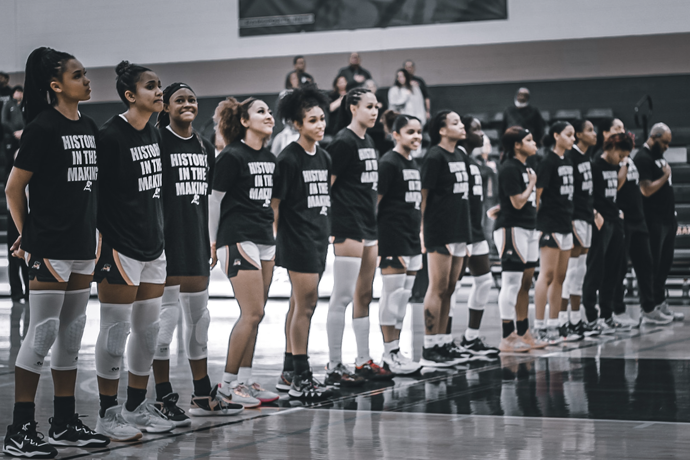 The Lady Rams tied a program winning streak record after taking down the University of Sciences and Arts Oklahoma - 86-68 on Monday. The win marks the 16th straight for the Lady Rams — a feat not accomplished since the 1978-79 season.

With a 17-1 overall record, including a perfect 12-0 in the Sooner Athletic Conference (SAC) play, the Lady Rams sit atop the SAC standings. The team also claimed a #17 rank in the National Association of Intercollegiate Athletics (NAIA) — the highest ranking since 1983-84.

Brenita Jackson is the coach leading the lady rams to success. In only her second season as head coach at Texas Wesleyan University, she has made a huge impact on the program. In the 2021-2022 season, she led the lady rams to the largest turnaround season in the country — taking them from a record of 1-10 in 2020-21 to 25-7 and a national tournament appearance in 2022.

“Even from last year to this year, there’s been a huge improvement with the buy-in and the belief,” Jackson said. “And it’s not just me having to try to convince them that what we do works, it’s more along the lines of getting them to stick with it.”

The key to their success? Six returning players that have stepped into leadership roles and taken ownership of the team — something Jackson said is making a big difference.

“They see us have a bad practice or the effort isn’t where it needs to be, and they’ll call their own player-led meeting to mitigate that stuff,” she said.

Among those six returners is senior guard Kertisa Amos, leading scorer and a 2021-22 All-American. She has picked right back up from where she left off and is still a leader for the lady rams this year with an average of 14 points a game. Sophomore forward, Zarria Carter, was voted SAC Freshman of the Year for the 2021-2022 season and is the team's leading rebounder.

Carter averages 42 rebounds a game, which places Texas Wesleyan in the 37th spot in rebounding in the NAIA.

Jackson said, “Those two (Kertisa Amos and Zarria Carter) have returned, and to me, they’re better because they’re smarter. They had that experience.”

Senior forward Makayla Coy has been a consistent leader for the lady rams, growing and developing tremendously this season. Coy has reached new heights by scoring 1,000 points. She became the 15th woman in TXWES history to accomplish such a huge milestone.

“She’s been playing a lot more confidently this year, and the three of them are really, really big for us offensively and defensively,” Jackson said.

The team has other returning players that don’t show up on the stat sheet but have just as big an impact on the team. Senior point guard Na’Teiona Cole leads the team in assists, with an average of 114 this season — but Jackson said her biggest role is being a coach on the court.

“She leads our team in assists, controlling the ball and making sure the team is where they need to be. She’s like our little glue girl,” Jackson said.

Another senior returner, Mary NyaKundi, has been huge for the Lady Rams during the off-season. Jackson said that she can balance scoring as well as playing point guard and managing the ball for the team.

“She is playing her best basketball since she’s been with us,” Jackson said.

One of the youngest returners is sophomore forward Maliah “Kobi” LaCour who comes in and gives the team good rebounds and finishes around the rim. Jackson said that she’s tough and brings a lot of energy and enthusiasm to practices, earning her the title of the team “Energizer bunny.”

“A lot of stuff that those three do doesn’t show up on the stat sheet, but we wouldn’t be where we are without those players,” Jackson said. “It’s a player-lead team.”

The biggest difference for the team has been taking ownership and continuing to stay coachable — making the job easier, according to Jackson.

“They are willing to have those conversations, they care and are invested. They don’t want one bad practice or an off game to be the thing that gets in between them and their goals,” Jackson said.

Last year, it was teaching the standard, expectation and the philosophy — but now they can focus more on what’s expected.

“Now we get to actually coach a higher level of basketball and get more into the details of elevating our game both individually and as a team,” Jackson said.

She said it’s paid off this season. The team is projected to go into post-season play, and with six more wins, they are almost guaranteed a spot in the national tournament.

Come watch history in the making as the lady rams play against Oklahoma City University at 6 p.m. tonight in the Sid Richardson Center. They will fight for their chance at joining the record book for most consecutive wins. Let’s go Rams! 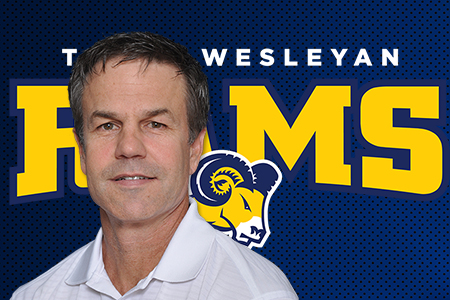