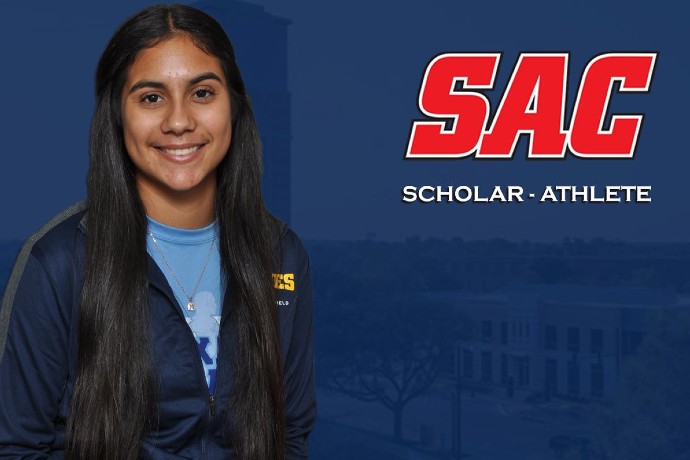 OKLAHOMA CITY – The Sooner Athletic Conference (SAC) announced 41 recipients of its 2020 Scholar-Athlete award for the sports of softball, women's and men's track & field and tennis, along with competitive cheer and dance, presented by Barnes & Noble College. 16 Rams made the list, led by women's track & field athlete Raquel Ramos' perfect 4.0 GPA.

TXWES named six from softball and a trio of women's track & field athletes to the list.

Ramos, a business major from Fort Worth, is a distance runner. The track & field season was cut short right as it started due to the coronavirus pandemic. However, that could not stop Ramos from maintaining a 4.0 GPA for the 2019-20 school year. Teammates Jaclyn Ramos and Yajaira Rosales join Raquel Ramos on the scholar-athlete list.

Although the sports are not sponsored, the conference decided to honor competitive cheer and dance, as well as tennis, with the scholar-athlete award.

Women's Tennis added three scholar-athletes, Mae Covacevich, Aurora Novati (who made up one of the greatest moments in TXWES Athletics during the 2019-20 season), and Hannah Rey.

The Texas Wesleyan competitive cheer and dance teams were not included in the SAC list because TXWES cheer and The Gold Line dancers compete in the NCA and NDA respectively, instead of the NAIA.

In total, Texas Wesleyan featured 65 student-athletes as SAC Scholar-Athlete throughout is 18 eligible sports programs. Oklahoma City led the conference with 89, while Wayland took third with 62, followed by John Brown at 54.

The SAC honored a total of 438 student-athletes who maintained at least a 3.5 GPA this past school year.