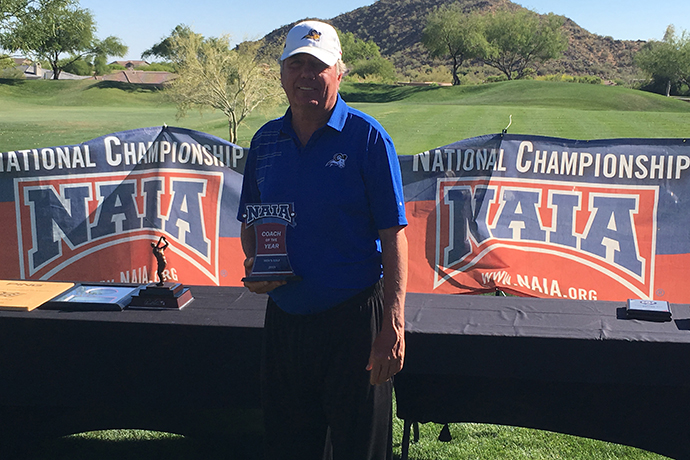 Cornett helped lead the Rams to their first national championship since 1999 after taking the NAIA title by 11 strokes. Cornett was also named Sooner Athletic Conference Coach of the Year after leading Texas Wesleyan to its first SAC championship. This season, the Rams notched their 29th consecutive top-6 finish capped by a national championship. The team finished no worse than sixth in any tournament during the season, while winning six tournaments. Tyron Davidowit was named First Team All-American, Rowan Lester and Futa Yamagishi were tabbed to the second team, and Declan Kenny and Victor Miron took home third team honors.

Bobby Cornett is a member of the Texas Wesleyan Athletic Hall of Fame ('86), the Golf Coaches Association of America Hall of Fame ('10) and the NAIA Hall of Fame ('12). He has been named NAIA National Coach of the Year four times while leading the team to national championships in 1990, 1995, 1999 and 2019.

Since the 2009-10 season, he has led the Rams to nine straight top-10 finishes at the NAIA National Tournament. Cornett has also coached five players to individual wins at the national championships.

After a seven-year sabatical from golf during which he served as a juvenile probation officer, Cornett made the jump to the professional ranks following a runner-up finish at the 1977 Texas Amateur. As a professional, Cornett won several times while making the finals of the PGA Tour School five times and the Senior PGA Tour School twice.

In 1983, he returned to Texas Wesleyan as assistant golf coach before taking over as head coach in 1985. Over the next 14 seasons, he led the Rams to 63 tournament wins, including the National Championships in 1990, 1995 and 1999. Cornett also produced 23 All-American selections and three national medalists during that stretch.

In 22 seasons, his teams have produced 96 wins, with at least one win in 21 seasons. In all but two seasons, the team produced multiple victories. Twice his teams posted eight wins in a season (1989 and 1999), just one shy of the school record of nine wins set by O.D. Bounds' 1983 squad. In total, he has coached 51 All-Americans and 21 NAIA Scholar-Athletes (NAIA Scholar-Athletes for the 2019 season have not been released yet).