Skip to Content
Coronavirus Update 06/26/2020
See the latest updates on COVID-19 and bookmark txwes.edu/coronavirus for the latest info. 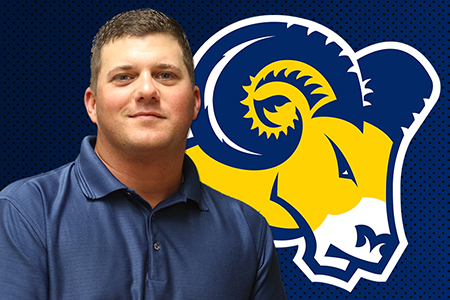 Hensley, who was a Lee Trevino Scholar at Texas Wesleyan, played two seasons for the Rams after redshirting the 2012-13 season while regaining his amateur status. Following his graduation in 2015, Hensley served one season as a Graduate Assistant at Texas Wesleyan before becoming the Head Men and Women's Golf Coach at Ranger College.

Cornett, a member of the Texas Wesleyan, NAIA, and Golf Coaches Association of America Hall of Fame, who is entering his 21st season as the Rams' head coach, was excited to have Hensley back in the fold. "Shaun is one of the finest people I have ever met," Cornett said. "He really worked hard to get his amateur status back and was everything a coach could ask for as a student and a player on very competitive teams.  When I 'spit the bit' he will be the best person I can think of to replace me and carry on the legacy that was passed to me by O.D. Bounds."

At Ranger, he served under Athletic Director Billy Gillispie during the 2015-16 season. Hensley led the Rangers to a national ranking of 18th (NJCAA Division I) and a sixth place finish in the region.

"I'm very excited to be back at Texas Wesleyan, and to be coaching under Coach Cornett," Hensley said. "Having played for him and knowing well what kind of coach and more importantly what kind of person he is, this is an amazing opportunity for me."

The Rams are coming off a tremendous season in which they finished third at the NAIA National Championship after being ranked second in every regular season Coaches' Poll. The team finished no worse than third in any tournament while racking up three wins and four runner-up finishes.

Texas Wesleyan University
At Texas Wesleyan, we have a rich history and a Texas-sized reputation. As stewards of the University, it is our responsibility to build a future as bright as our past.
Upcoming Events
Jul
7
YuJa Basics 7/7
Jul
11
New Student Registration: Virtual, July 11
Jul
14
TXWES Behind the Scenes: The Permanent Art Collection
Jul
16
Virtual Open Forum July 16
Jul
16
Virtual Meet and Greet with the School of Business
Jul
21
New Student Registration: Virtual, July 21